John Cena has a great 2018 planned out for himself. Cena will once again take on two of the most challenging and messiest things in life: kids and slime! The pro wrestler is once again hosting the Nickelodeon Kids Choice Awards.

This will be Cena's second time playing "master of ceremony" for the animated award show that is for kids, teens, and young adults. This makes Cena the third celebrity that ever hosted the award show back-to-back, behind the late, Whitney Houston and Rosie O' Donnell.

Cena stated that he's looking forward to partaking in the annual award show and compared it to being on the WWE.

The actor already looking for new ways to top last's year show and make it another memorable night for everyone.

Dancing With His Love

In addition to his upcoming projects, Cena will soon begin a new chapter in his life. Cena is engaged to pro-wrestler and model Nikki Bella. The couple became engaged after five years of dating in April 2017.

En route to you Yay @ferdinandmovie premiere tomorrow! So proud of my Love!

"It's kind of a special time where there is a little bit of lull and I'm really looking forward to spending some time with Nicole and work on that. Hopefully, in the next few weeks the wedding planning is really going to amp up!", Cena stated.

Bella was a contestant on Dancing With the Stars' 25th season in 2017 with Artem Chigvintsev as her partner. The Ferdinand actor may be taking lessons from Chigvintsev in order to prepare for the big day.

"He's fantastic though so we will see basically if he's around. It depends on him," Cena stated.

Cena will be starring in the upcoming movies: Bumblebee the Movie and Blockers, that are scheduled to be released this year. The actor has already appeared in the films: 12 Rounds, Legendary, The Reunion, Trainwreck, Sisters, Daddy's Home, Daddy's Home 2. 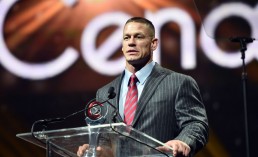 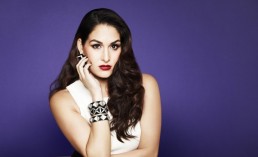 Nikki Bella And John Cena Wedding: Are They Planning To Get Married? [VIDEO] 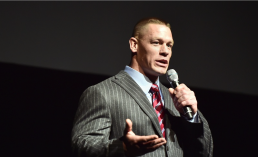