Jim Carrey's latest art steers away from the controversial political portraits he has taken to lately. In light of the Lenten season, the actor painted a portrait of Jesus instead.

The painting tells the sacrifice Jesus made to save people from their sins. It is a life-defining moment that people of all generations, faith, and race look up to for assurance and reminder that Jesus is the savior of men and Carey did not forget to remind people about it in his art.

The story of Jesus is a perfect example of the journey toward salvation through honesty and courage in the face of suffering, the surrender of the ego (thy will not my will), and forgiveness. How will you bear your cross? Happy Good Friday! ;^) pic.twitter.com/P7SCrxHQo0 — Jim Carrey (@JimCarrey) March 30, 2018

The actor's tweet stirred several reactions from other users. Some greeted The Mask star kindly with "Happy Easter" while others questioned the teachings of the Bible. The responses bordered on the difference in religious beliefs among people.

"If each person was just a little bit better than they were the day before, we all could change the world. There's already enough hatred and intolerance that really needs to be changed. God bless you, and have a happy Resurrection Day," one user wrote.

"Maybe in that it compares people's problems to the cross that Jesus had to bear. comparing people to Jesus. I'm not too sure if that's what they mean, I'm not all that caught up on heresy," another user commented, while one wrote, "That is a completely heretical statement, might try actually reading the Bible before you talk about its author."

Regardless of the varying reactions, Carey's recent artwork is a far stretch from the satirical paintings he made against Donald Trump's presidency. In the recent weeks, the 56-year-old Ace Ventura star has been targeting members of the U.S. president's administration.

He took the spotlight for painting Sarah Huckabee Sanders as a monstrous "so-called Christian." He also turned Trump into the Wicked Witch of the West and his attorney, Joe diGenova, as a troll.

Carey also ousted alleged sexual offender Roy Moore, who was accused of sexually assaulting teenagers, and his supporter Steve Bannon in his previous portraits. Bannon is also a Trump supporter. 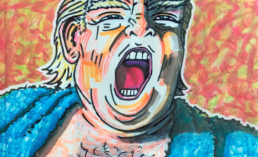 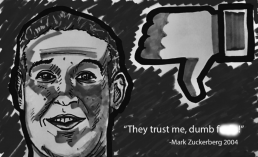 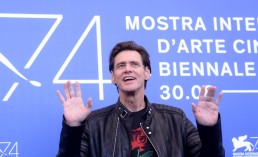