Jim Carrey is drawing serious backlash with his artwork that seems to depict Sarah Huckabee Sanders as a "so-called Christian" that he branded as monstrous.

The painting, posted on Twitter, drew the ire of many social media users who criticized the actor's combative words and unflattering artwork of what's believed to be the White House press secretary.

This is the portrait of a so-called Christian whose only purpose in life is to lie for the wicked. Monstrous! pic.twitter.com/MeYLTy1pqb — Jim Carrey (@JimCarrey) March 17, 2018

"Why did your girlfriend kill herself?" one fired to the actor, referring to his late girlfriend Cathriona White.

Many slam the tweet for its criticism of Sander's religion.

"Jim, do not interfere with people's personal religious beliefs within their policies," one response reads. "Because then one must also mix politicians who have Jewish faith, Muslim faith and other religious beliefs in politics."

Carrey, 56, did not say who the subject of his painting was, but many find the resemblance to Huckabee too uncanny for it to be a coincidence. The image featured an angry-looking woman who seemed to be in the middle of a heated argument.

The caption also points to the identity of Huckabee as she is very open about her Christianity to the public.

There are a number of positive reactions to Carrey's tweet as well, praising the likeness to the controversial press secretary.

It's not the first time Carrey used paintings to express his contempt for President Trump's administration, although it's one that has attracted the most attention.

The Truman Show star has also posted artworks of White House chief of staff John Kelly being run over by a carousel horse, Sen. Marco Rubio with blood in his hands, and House Intelligence Committee chair Devin Nunes as a delivery boy. Like his cartoon of Sanders, these previous paintings were met with divisive criticism on social media. 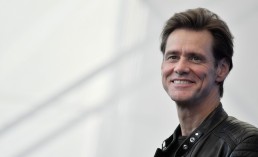 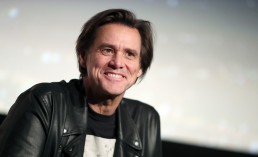 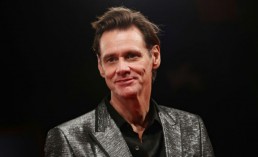