Shannon Beador is reportedly focused on her fitness after being fat-shamed by her estranged husband in a series of leaked text messages.

After the Real Housewives of Orange County star's longtime friend Jeff Lewis revealed horrible messages that David had allegedly sent her during her 17-year marriage, a friend has revealed that Shannon is determined to make her former partner "eat his words!”

“Things will probably never be good between them again. But one thing is for damn sure and that is that Shannon is working her a** off to be the best that she’s ever been, both physically and mentally,” the pal told Radar Online.

During an appearance on Jeff Lewis’ Sirius XM radio show on Friday with Lewis and Jenni Pulos, Lewis' Flipping Out co-star, Shannon's fellow Bravo personalities surprised her on-air by reading messages they claimed David sent to her after their breakup last year.

According to Shannon, who quickly spoke up after the messages were read, David sent her those texts a long time ago. That said, the Radar Online source said she was glad that her former partner's hurtful statements were out in the open.

After Shannon's co-star, Vicki Gunvalson, accused her former partner of abusing her during their marriage while filming The Real Housewives of Orange County Season 11, Shannon denied the claim and suggested she was lying. However, despite claiming the allegations were false, Shannon began to stress-eat as she dealt with the claims being made public.

By the time the show returned to Bravo the following year, Shannon had put on 40 pounds and had 40 percent body fat. She was also struggling to get back on track as her trainer attempted to keep her motivated and eating well. As fans have seen on the show and online, Shannon isn't a fan of working out by any means, but she's continued to do her best to stay fit.

Shannon Beador and her co-stars are currently filming the 13th season of The Real Housewives of Orange County. The show will return to Bravo later this year. 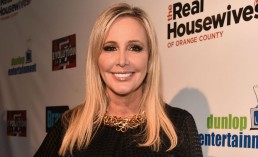 Did 'RHOC' Star Shannon Beador Get A Boob Job Amid Divorce? 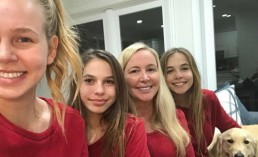 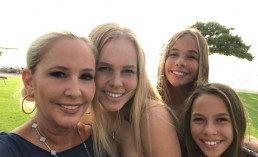