Kaley Cuoco found love again with her fiance, equestrian Karl Cook. The actress is happily planning her wedding to Cook but admitted that marriage wasn't something she saw herself rushing back into.

Cuoco was married to the former professional tennis player, Ryan Sweeting, from 2013 to 2016. The former couple became engaged after three months of dating. Now that Cuoco is getting ready to say "I do" again, the actress admitted in a new interview she had some hesitation.

"I honestly thought I wouldn't get married again. My ex ruined that word for me," Cuoco stated.

The Big Bang Theory actress elaborated that separation and ultimate divorce blindsided her due to Sweeting becoming a "different" during their marriage.

"I married someone the first time who completely changed. The person I ended up with was not the person I originally met. And that wasn't my fault — that was his. I knew how much I had to give and how much I wanted to receive. I knew I just had to be patient...I had to go through a lot of things, but it brought me to Karl," she continued.

Cook popped the question to the actress on her 32nd birthday.

Still crying every part of this night has been perfection just like you @mrtankcook I love you forever! A post shared by @ normancook on Nov 30, 2017 at 9:29pm PST

In addition to planning her wedding, the actress is busy pursuing a new passion. Cuoco is now also running her own production company, Yes, Norman Productions, which was founded in October 2017.

The company struck a multi-year first look deal with Warner Bros. Studios and obtained the rights to the book, The Flight Attendant, which will be a limited series that Cuoco will also star in. Cuoco stated that she wants to be a "full-on" girl boss and show women that you don't have to be a guy in a suit to run a company.

"I want this to be a big company," she adds. "I want to be sitting down a few years from now and have so many projects going. That's what I'm excited about," the actress said.

Cuoco is best known for her roles as Bridget Hennessy from 8 Simple Rules, Billie Jenkins from Charmed and Penny on The Big Bang Theory. 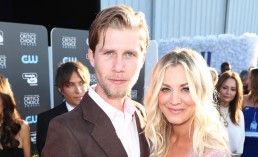 Kaley Cuoco Is Excited To Get Married To 'Soulmate' Karl Cook: 'I Really Can't Wait' 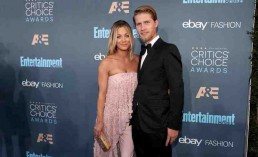