It’s safe to say Blue Ivy is a star in her own right. Jay-Z and Beyoncé's 6-year-old daughter has been spotted at multiple events with them lately, so it only makes sense that she has her own glam squad.

While she might not be ready for makeup yet, new reports reveal that Blue Ivy has her own wardrobe stylist and even a personal shopper. Who’s the person who gets to don Blue Ivy in the latest and greatest fashions? It's Manuel A. Mendez, an employee with Beyoncé’s management firm, Parkwood Entertainment.

Mendez is the one who styled Blue Ivy in many of the outfits for major events. He was the brains behind the white Valery Kovalska tuxedo pantsuit that Blue Ivy donned at the Grammy Awards earlier this year. He also put together Blue Ivy’s wardrobe for Jay-Z’s Family Feud video. For that piece, Blue Ivy wore a Billie Bush high-low dress complete with lace and tulle.

Mendez is clearly a family favorite as he also picked Blue Ivy’s outfit for the Wearable Art Gala. That outfit made its rounds online after a clip of Blue Ivy bidding on a $19,000 masterpiece went viral.

Blue Ivy Is Growing Up

From having her own freestyle on her dad’s 4:44 album to Jay-Z revealing the moment Blue Ivy stood up to him after a father-daughter moment, it’s safe to say fans are really getting to know Blue Ivy. Word is, she even played a part in keeping her parents together after infidelity plagued their marriage.

An insider revealed that Beyoncé had a really tough time when it came trusting her husband after the private scandals. They said Blue Ivy was a key reason they are still together.

“If it wasn’t for Blue Ivy, they might not be together,” said the source. “It took them years to get to the point where they are now. [They] are very proud that they overcame huge marital issues and happy they were able to move on as a family.”

Just like Blue Ivy helped them stay together, the source said having their twins, Rumi and Sir, also improved their marriage. Jay-Z has been open about his infidelity in his music and in recent interviews. Beyoncé also spoke about it in her Lemonade album that was released in 2015.

The couple celebrated their 10th wedding anniversary earlier this week. 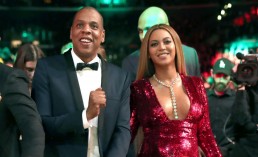 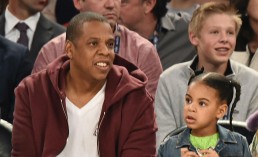