Rasheeda of VH1’s Love and Hip Hop Atlanta has spoken out about her husband Kirk Frost’s infidelity. Frost fathered a child with another woman.

News of Frost’s love child surfaced in a previous season of the hit reality show. Interestingly enough, Frost confirmed that he fathered the child in question this season, after months of refusing to take a DNA test. While he admitted to cheating on his wife, Rasheeda, with a woman named Jasmine Washington in previous episodes, Washington accused Frost of not only being the father of the infant but paying her to stay quiet about it. Washington claimed that Frost even paid for her to live in the same apartment building he and Rasheeda lived in at the time.

Now, Rasheeda has explained how she’s coping with the highly public drama. She said she wished at times she didn’t have to deal with the drama at all, let alone in front of cameras. Still, she added that she signed up for displaying the ups and downs of her life when she agreed to star in the reality show. As for how she and Frost are doing, she said they still have a long way to go.

Rasheeda Opens Up About Her And Kirk

Interestingly enough, she revealed the couple grew closer after Frost’s mother passed away earlier this year. Rasheeda confirmed that she had to get over their drama in order to be there for their children and even for Frost.

“I wanted to be a shoulder for him because regardless of what we’re going through I definitely would want 100 percent support from everybody around me,” added Rasheeda.

She said that dealing with the passing was extremely tough because they certainly didn’t expect it. She added that Frost still has his bad days and has regrets on how he’s lived his life. She said it has caused her and Frost to be more prepared for the unexpected, even though those moments can be difficult to deal with.

While some hope they'll stay together, Rasheeda didn’t confirm whether she and Frost are still working on their marriage. They still live in separate homes on the show. 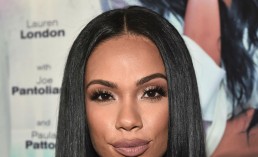 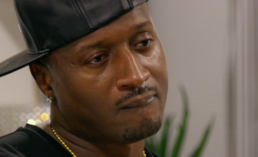 'Love And Hip Hop Atlanta' Season 7: Kirk Frost You Are The Father, Paternity Results Revealed, But Are They Fake? 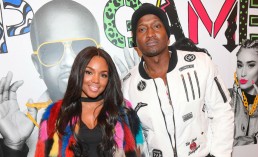