The American Idol champion co-wrote the 4-minute, 12-second track with several top songwriters including Hillary Lindsey, Liz Rose, and Lori McKenna. It mirrors her emotions that got the best of her during one of the most trying periods of her life.

Once Underwood posted the song, many members of her passionate fan base, the Care Bears, shared their reactions to the new track. The Care Bears gave her rave reviews and predicted a couple of Grammy nominations for her in 2019. Many of her followers even admitted they are already trying to memorize the song.

I literally felt EVERY lyric in the song! I’m going through some stuff right now and as much as I’m trying to keep it together, I ugly cried almost the entire 40 min drive to work this morning. Love being able to relate and cope with life’s problems through music!— Rachel Smith (@Twiggytwigzz) April 11, 2018

thank you for this masterpiece - it’s phenomenal and you are awesome and I’ve missed you so much! I am sooooo happy right now! — Lynn (@LynnColhoun) April 11, 2018

In addition to the release of "Cry Pretty," Underwood confirmed that she will be releasing new music in the future. The "Two Black Cadillacs" revealed that she is working with co-producer David Garcia on bringing new music to her fans sometime this year.

On April 15, Underwood will debut "Cry Pretty" at the Academy of Country Music Awards. The awards show will broadcast live at the MGM Grand Garden Arena in Las Vegas. The performance from Las Vegas will also mark the first time she performs in front of an audience since her November 2017 fall outside her house.

As Underwood makes her grand return to the music world, news broke that someone was trying to pit her against her fellow American Idol alum, Kelly Clarkson, in an online poll. The two immediately squashed the beef and instead gave their appreciation for each other on Twitter. The "Before He Cheats" singer said that she hates the idea of pitting female artists against each other. Their respective fan bases rallied around the two singers and added that they respect and admire both artists.

Getting Back To Normal

On Tuesday, April 10, Underwood posted an official message to her fan base onto her website. The singer stated that her wrist is 90-percent healed and that her face has been healing to her satisfaction. Underwood also added that she feels much better.

Before Underwood physically released the track, the Oklahoma native teased her fans about the new song through social media. On Friday, April 6, she released a new photo showing her rehearsing the song with her band. She also posted a black and white photo that shows half of her face while she was working in a recording studio. 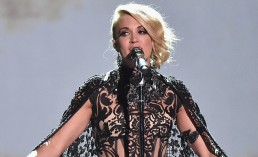 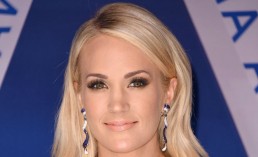