Mom-to-be Khloe Kardashian is standing by her man. The reality star, who's ready to pop any minute, isn't letting rumors of infidelity get her down.

Putting A Dampener On A Happy Time

Rumors swirled earlier this week that the 27-year-old Cavaliers player had been unfaithful to her, putting their relationship under serious strain.

Now, it seems the cheating allegations have negatively affected the final moments of Kardashian's pregnancy, too.

"This is supposed to be the most joyous time in her life and it's been ruined and that's probably what hurts most of all," an insider told PEOPLE.

On Tuesday, photos and videos surfaced purporting to show the NBA player getting close to an unidentified brunette at a bar in NYC the previous weekend.

Footage subsequently appeared online of Thompson kissing a woman back in October, while another groped him.

A picture was painted of Thompson as a serial cheater, as compounded by his ex, Jordan Craig, who posted a not-so-cryptic Instagram post directed at Kardashian.

Standing By Her Men

However, in spite of these mounting allegations, it seems the two will try to work it out for the sake of the baby.

"[Khloe's] a hopeless romantic and she'll try to make this work. She tried forever to make it work with Lamar [Odom]. She's having a child with Tristan, and she's going to try to rebuild this," the source claimed.

Kardashian was with Odom for close to eight years. They got hitched in September 2009, just a month after they met. The marriage fell apart after several scandals involving Odom's infidelity and drug abuse came to light, leading the couple to divorce in 2013.

It now seems as though Kardashian is worried the same thing could be happening again, particularly in the public eye.

"Khloé spent so much time with Lamar just excusing away the obvious, turning a blind eye to what was so clearly happening, that it would be impossible for her not to feel like a fool if she made the same sort of mistakes again and just ignored that ... footage," the source explained.

The insider pointed out that Kardashian empathized with Odom, who had struggled growing up, losing his mother young, and that she'd used it as justification for his behavior. Her big heart gets her in trouble.

Focusing On The Baby

Thompson and Kardashian started dating in September 2016. Craig was pregnant with his first child, 16-month-old Prince Oliver, at the time.

Allegedly, the NBC star convinced Kardashian he was never that committed to Craig in the first place. She believed in the good in him as a result.

For the time being, and in spite of everything else that's going on, Kardashian is focusing on the birth of her daughter, which she reportedly can't wait for.

Neither she nor Thompson has publicly commented on the reports of infidelity thus far. She has been active on Snapchat as normal, while her extended family is reportedly heartbroken for her in private. 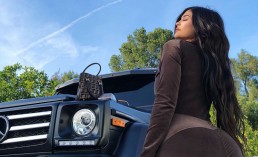 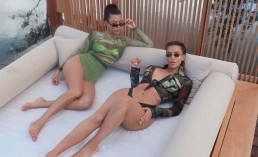 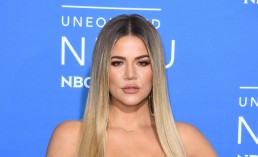