Kylie Jenner wasn't lying when she said she's a cool mom, not a regular mom. Mom-shaming doesn't seem to bother her.

Despite the backlash about the push present from her boyfriend Travis Scott, the 20-year-old Keeping Up With the Kardashians cast member still goes for her lavish new ride. On Wednesday, April 18, she took to Instagram to share a new photo of her blacked out Ferrari LaFerrari with her in front of it in an all-black outfit. Jenner simply labeled the shot with a black heart emoji.

Those following the first-time mom on social media know that she unveiled the luxurious whip back in March just a month after she gave birth to her daughter, Stormi Webster.

Although the new image was flooded with a ton of positive comments, Jenner was bashed when she first shared a photo of the car because fans believed it wasn't practical for a new parent.

Another user implied that neither Stormi nor her car seat would fit in the vehicle.

"Yep that's a mom car...where the hell does a car seat go," another Instagram user wrote.

While fans think the ride is ridiculous, the cosmetics mogul is more responsible than people might think. A source close to the mother of one claims that cars have always been an obsession for her as she also owns a Land Rover and a Ferrari 458 Spider.

"[Kylie] has been obsessed with cars for a while. It's just like a status thing. She gets a kick out of the fact that people will stare. She likes to show off her wealth," the source explained.

Along with showing off her push present, the reality star also shared some adorable videos of Stormi. Jenner posted a slew of different filtered videos of her baby girl as they spent some quality time together.

In the videos Stormi sports a red ensemble while Jenner gushes over her. The infant appears to be enjoying her mother's company as she could not contain her laughter. 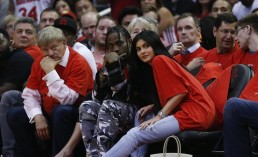 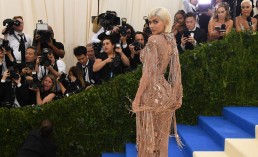 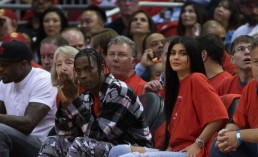