Kanye West's return to social media may be loved, but his recent show of support for a black Donald Trump supporter certainly did not sit well with the most of his followers.

The rapper's recent remarks on Twitter is drawing the flak of his fans, who criticized the musician for his support of Candace Owens, a famous YouTuber who seemed to have regarded the man of the White House as a hero and who had derided Black Lives Matter. West's statement came just after he rose from the dead on the microblogging platform after being on a hiatus for almost a year.

"I love the way Candace Owens thinks," the 40-year-old shared to his 25 million followers.

Owens, whose YouTube account is named Red Pill Black, has gained a lot of detractors over the past year for her stance on certain matters. However, she seemed to have gain a fan in West, and she acknowledged this via a tweet as well, and asked for a meeting with the rapper.

"I tell every single person that everything that I have been inspired to do, was written in your music. I am my own biggest fan, because you made it okay. I need you to help wake up the black community," Owens wrote.

A former Democratic, Owens previously lambasted the party, saying it makes "false promises." The now-Republican is the communications director of Turning Point USA, whose mission is "to identify, educate, train, and organize students to promote the principles of fiscal responsibility, free markets, and limited government."

On Sunday, she further expressed her gratitude over West's gesture, saying it was an affirmation that she ought to continue what she's been doing. Moreover, Owens admitted she wasn't at all shocked of the support from the Yeezy designer, saying the record producer used to be the "public enemy No. 1," before Trump snatched the throne, for telling the truth to the public.

However, his support for the conservative seemed to have stirred a lot of controversy and people were quite vocal of their opinions, hinting West had just lost some of his fans. @downtheline18 pointed out that he used to defend his idol, whom he praised and referred to as a "good artist," but his recent statement drew the line.

Tom Arnold, meanwhile, clarified to West that Owens thought of Trump as the "messiah" and not him. @Bakari_Sellers dubbed his action as "disturbing," and said that his move actually spoke of himself more than her. A fan firm of his stance is @dale­_fromcali, who hinted he would not buy West's album and even burn those he got if this was what his idol really believes in.

"I've always defended Kanye, but promoting someone like Candace Owen? Take one look at the people happy about it and that tells you all you need to know," @aprilrenae wrote.

I really defended Kanye West. I love Kim and I think he is a good artist but he's gone way too far at this point. Candace Owens? Really? What would his mother say about that? He's a joke and a caricature of himself at this point. — Shady McGrady (@downtheline18) April 21, 2018

I’m ready to delete, burn and never buy another Kanye album or item if this is who he supports https://t.co/WNunwQ8nih — I miss the old kanye (@dale_fromcali) April 21, 2018 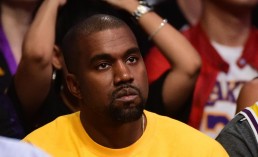