Kim Kardashian and Kanye West are highly upset with Tristan Thompson for cheating on Khloe Kardashian during her pregnancy.

Kimye Is Not Having It

As per reports, the Cleveland Cavaliers player was allegedly making out with a woman who was revealed to be strip club bartender and Instagram model Lani Blair just days before Khloe gave birth to their daughter. Following Thompson's rendezvous with Blair, several other videos surfaced that suggested the NBA star has been cheating on the Revenge Body host all along.

A source close to Kimye claims that they are really disappointed in Thompson, especially since the first-time mom was in a tumultuous relationship with her ex-husband, Lamar Odom.

"They both feel Khloe has gone through so much and that she deserves being happy. They can't believe Tristan has been going behind everyone's back. They find his behavior disgusting," the source explained.

Those that support Kanye believe he threw subtle shade at the basketball player when he tweeted a photo of Odom at his 2016 listening party for his album, The Life of Pablo. The moment seemed to really touch the 40-year-old rapper, because it was the first time Odom had made an appearance after being found unconscious at a brothel in Nevada.

my favorite moment of walking into MSG to play Saint Pablo, I used to go to the hospital and play Lamar the album when he was learning to walk and talk again Then we walked into the arena together pic.twitter.com/ysC5z5wDUA — KANYE WEST (@kanyewest) April 15, 2018

Though Kanye's tweet could have just been a simple reflection of the profound moment, Kim subliminally made it clear that she deleted most of her bikini photos because of all the negative comments she received after posting them.

Those that follow the KKW Beauty founder and her sister, Kourtney Kardashian, on social media know that the two soaked up a lot of sun while on vacation in Turks and Caicos earlier this month.

The duo continuously posted photos even after Thompson was accused of being unfaithful to Khloe. However, after one of Kim's photos got flooded with a ton of comments about the 27-year-old basketball player, she immediately deleted them because she "didn't like the vibe."

"I deleted some vacation pics because I didn't like the vibe on my page but I re-filtered them and reposting some! I'm crazy about the vibe on my IG page. #PositiveVibesOnly," the moher of three captioned the photo.

I deleted some vacation pics because I didn’t like the vibe on my page but I re-filtered them and reposting some! I’m crazy about the vibe on my IG page. #PositiveVibesOnly A post shared by  Kim Kardashian West (@kimkardashian) on Apr 13, 2018 at 11:12am PDT 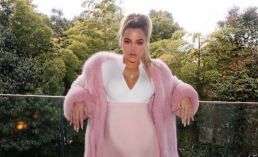 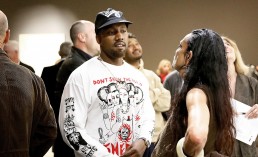