Hopes of the Game of Thrones fans have been dashed yet again. Acclaimed author George R.R. Martin confirms that highly anticipated The Winds of Winter isn't coming this year.

It's Not All Bad News

To be fair, longtime fans of the books know by now not to ever get their hopes up too much considering that Martin takes about a decade to finish a novel. Still, there was a certain amount of expectation that The Winds of Winter, the long-awaited sixth installment in his A Song of Ice and Fire saga, would finally come out in 2018.

The author revealed the decision in a press release on his official site where he also discussed a publication date for Fire and Blood, an entirely new book, which is actually coming out this year. The upcoming backstory of the Targaryen house is reportedly 989 pages long.

To soften the blow, the author noted that fans can look forward to Fire and Blood, although he stressed it's definitely not a novel. Rather, the book is considered an imaginary history by Martin, taking place as it does 300 years before A Song of Ice and Fire.

Fans are understandably pretty annoyed that The Winds of Winter isn't dropping this year, expressing their anger on social media.

why the hell would he prioritize writing an almost 1000 page history of the targaryens over finishing winds of winter? i am mad online. https://t.co/NXKjeQBqz0 — Brice (@dBriceJ) April 25, 2018

They've Been Waiting For Years

It's worth noting that the impatience on the part of the fans is more than justified, knowing that Martin hasn't released a book since 2011, the same year when HBO began airing the TV adaptation of Game of Thrones. The show has now moved past the story of the novels as a result.

Martin began his book series all the way back in 1996, and he still has another novel to go after The Winds of Winter titled A Dream of Spring.

The author has even suggested he may do an eighth book, although fans are now unsure whether he'll ever finish the series given the latest turn of events.

Martin has explained away his reasons for the delay over the years, blaming everything from distractions of the TV series to other work, and his ongoing struggle to keep writing to his own high standards.

It appears that Martin has a lot on his plate as SyFy is developing space horror drama Nightflyers based on one of his works. He's also working on a possible prequel series to Game of Thrones, also on HBO.

Fire and Blood will be released Nov. 20. The eighth and final season of Game of Thrones is currently in production and is set to premiere in 2019. 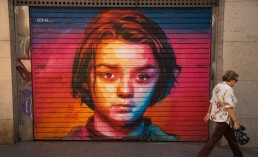 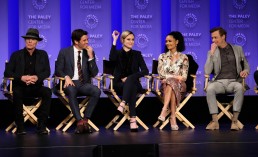 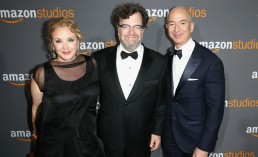 Amazon’s ‘Lord Of The Rings’ To Be TV’s Most Expensive Series With 5 Seasons, $1B Cost