Sasha Obama grabbed headlines on Saturday after photos of her hanging out with rappers Cardi B and Offset made the rounds online. The teenager snagged a backstage photo opp with the stars and the internet is freaking out.

Sasha, Cardi B, And Offset

The 16-year-old hanged out with Offset, real name Kiari Kendrell Cephus, and her baby mama Cardi B. backstage before the latter took to the stage to perform her set for the crowd. Sasha appeared calm and relaxed as she posed for photos with the "Bodak Yellow" singer and Offset backstage. Wearing a white cropped-top and distressed jeans, Sasha smiled for the camera and chilled out with the rappers as though they were her closest friends.

Several photos of the trio have since made the rounds online and netizens are freaking out in jealousy over Sasha's luck. Meanwhile, others also expressed their excitement for Obama's daughter and others cracked jokes.

"Sasha Obama is definitely the Obama who has been writing down everything they been saying about her Pops & she's gonna want all the smoke when she's old enough. She's gonna be President in like 30 years," one Twitter user wrote.

This photo of Sasha Obama, Cardi B and Offset is Dr. King’s dream being fulfilled. This week will be great. pic.twitter.com/G8WCO7ULId — Timothy Perry (@timpperry91) April 29, 2018

Sasha Obama could score herself a great paid internship in 2020 advancing Cardi B at the mega rallies. #FeelTheBern. pic.twitter.com/VKuHTbvLBZ — Winifred (@WaywardWinifred) April 30, 2018

First piece of decor that will grace my new apartment: a blown up frame of this picture of offset sasha obama and cardi pic.twitter.com/FcVEAIFbz9 — Amanda (@amandabracken) April 30, 2018

Shortly after the backstage encounter, Cardi B, real name Belcalis Almanzar, shared a message about the former president Obama's term. She expressed her support for Sasha's father.

"Obama did enough for this country and let's not forget! He did it while the house was Republican," Cardi B tweeted.

Sasha has proven herself to be a music enthusiast. Aside from Washington's Broccoli City Festival, she also joined the crowd at Lollapalooza music festival in Chicago. She also displayed her rapping skills during a chance duet with Chance the Rapper at the 2016 White House Christmas tree lighting. 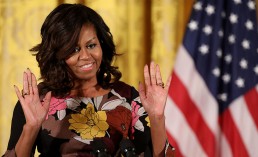 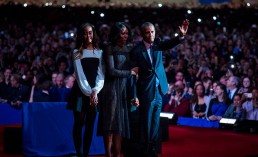 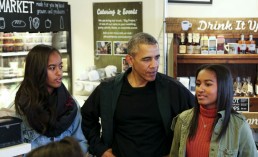