Blake Lively's shocking Instagram unfollowing spree of late did not spare her husband, Ryan Reynolds, who admitted he felt "very sad" about that.

During an interview with Smallzy's Surgery, the Deadpool actor was asked how he felt about Lively's move to unfollow him on the photo-sharing app, but knowing Reynolds, he joked about the whole issue.

"Definitely stinks. It's a terrible way to find out that I've been kicked out of the house, to be honest. Absolutely terrible. I don't know where rage like that comes from," Reynolds quipped.

Reynolds also hinted that his and Lively's children — Ines, 1, and James, 3 — are too young to understand about that and pointed out the difficulty in sharing the news to their home, saying the kids would just fart and then walk away.

However, Reynolds should not at all be down in the dumps, and fans shouldn't worry too much about their marriage being on the rocks. After all, Lively made a drastic move on her Instagram recently, deleting all her photos and unfollowing almost everyone she follows, not just her 41-year-old husband.

Well, except for people with the name "Emily Nelson," but Reynolds shouldn't be at all mad nor devastated. Why? It's simply a publicity stunt pulled for her upcoming film, A Simple Favor, where she played the character who suddenly went missing. The first post of her refreshed account is the trailer for the movie.

Besides, if Lively had indeed unfollowed Reynolds on Instagram, it could just be part of their social media banter. After all, the power couple had been throwing jokes at each other as the world probably knows by now.

A lot of times, they roast each other. Lively shared a photo of her and Reynolds seemingly deep into each other's eyes while smiling at the premiere of A Quiet Place. The Gossip Girl alum had her back on the camera while the Green Lantern star was fully shown. However, her caption says it all.

"If there's one thing I'm infinitely proud of in this picture, it's the incredible hair styling that I did on myself," Lively wrote.

Trolling each other also meant doing it on each other's birthday as well. On her 30th birthday, Reynolds made sure he gave an ample space on his Instagram account for Lively, er, but not really.

He uploaded a photo of them at the 2014 Met Gala, but Reynolds intentionally cropped out almost all of Lively's face. Of course, she wouldn't just let the favor pass unreturned.

For his birthday, Lively uploaded a photo on Instagram that had Ryan on it: not exactly Reynolds, but Gosling. 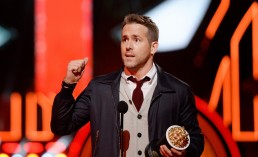 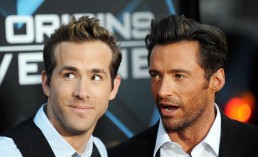 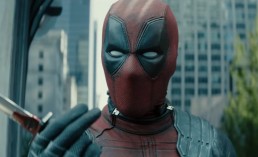