Blake Lively has managed to wow her fans every time she walks the red carpet. As for her favorite dress? It's the one she will wear on Met Gala.

The 2018 Met Gala is drawing near, and surely celebrities are now phoning in their fashion designers to make that jaw-dropping outfit for that all-important event. For Lively, who has kept the public on the edge of their seats during public appearances, styling should be handled as early as now.

This year's Met Gala theme is "Heavenly Bodies: Fashion and the Catholic Imagination." Lively revealed her dress took more than 600 hours to do, albeit it's not yet done.

"This year's may be my favorite dress ever," the Gossip Girl alum explained.

In an interview, Lively explained why she has become meticulous in her outfits and why she styles herself. The 30-year-old mother of two cited her "big ego" and some "control issues" as the culprits. But kidding aside, Lively shared she loves fashion. For her, it is an avenue to express her creativity.

With this in mind, it is only fitting to expect much from the said dress, considering the effort and time people behind it have given. However, Lively just gave hints on its possible design and no specifics were given.

"She's looking at the beading of my dress and designing a piece based on that," Lively shared, referring to Lorraine Schwartz, who she had teamed up before.

Even with that statement, it would only be possible to imagine a gown with a lot of beadworks, though the cuts and even the color are hard to guess. To partner her dress, she opted for a Christian Louboutin pair, and Lively shared they are making everything based on her dress.

Last year, Lively opted for a gold plunging gown with blue feathers at the train. She also tapped Scwartz for her accessories. Of course, she was an eye-turner as she arrived at the event with her husband, Ryan Reynolds. In 2016, she wore a baby pink tube gown that hid even more her unnoticeable baby bump. She kept it classy even as others chose robotic colors, like silver and gray.

Lively's preparations are in order, to be fair. Met Gala is one night to dress to impress and luxury brands usually grace the event, of course, as these are worn by prominent people.

So for fans of Lively, they would just have to wait until May 7 to see the highly anticipated stunning gown to be worn by the equally stunning muse. 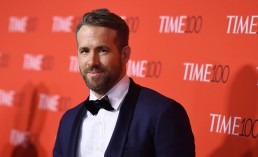 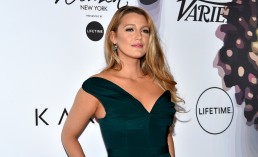 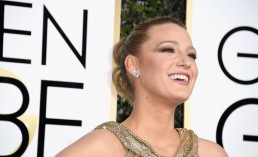