Bryan Adams is no longer keeping coy about his relationship with Princess Diana. The legendary singer opens up about what really happened between them.

Not Pleading The Fifth

Appearing on Monday night's episode of Watch What Happens Live With Andy Cohen, the 58-year-old singer took part in a rousing game of "Plead the Fifth." When tasked with choosing just one out of three difficult questions to invoke the rule, Adams opted not to do so on the most probing question of all.

Cohen put the Canadian musician on the spot with one of the most persistent rumors of his lengthy career.

"There are many rumors that you and Princess Diana were once romantically involved. Her butler said that he used to sneak you into Kensington Palace. How would you characterize your relationship with Princess Diana?" he asked.

When Adams explained they were just very close friends, and that he didn't need to be smuggled anywhere for that matter, Cohen probed further, suggesting that perhaps the two were more than friends.

"Um, she was just ... we were good friends," Adams responded.

Putting Him On The Spot

The Bravo host didn't pull any punches in his conversation with the singer, previously asking him about a photo of his penis he allegedly sent to Elton John, another good friend of the Princess of Wales, for his birthday.

Cohen wanted to know when Adams most recently sent a cheeky pic, but the singer admitted he hadn't done so since. Sir Elton does, however, keep the photo in question properly framed and prominently displayed in his home.

However, the notoriously polite Canadian singer opted to plead the fifth on a question related to his career as a celeb photographer. Cohen wanted to know who his worst subject was, but Adams refused to answer.

Princess Diana sadly passed away almost 21 years ago, but her youngest son Prince Harry recently paid tribute to her memory at his wedding to Meghan Markle in a number of heartwarming ways.

Even the engagement ring he used to propose incorporated stones from his mother's private collection. Millions watched the royal wedding all over the world, with commentators rushing to spot various nods to Harry's mother.

Adams originally sparked rumors that there may be something going on between him and the People's Princess back in 1985, with the release of his song "Diana."

The track refers to the titular woman as the queen of Adams's dreams, whom he admits he is not good enough for and begs her to leave him for someone better.

He also claims he'd die for her and makes a reference to Prince Charles with a lyric asking the woman in question what she's doing with a guy like him. Adams retired the song from his concerts following Diana's death in 1997. 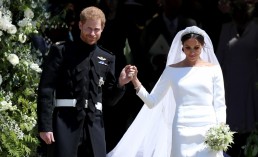 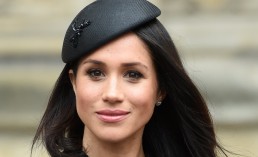