Brides-to-be often go to Vera Wang for their ultimate wedding gown, but the designer herself revealed she is not the one to design Meghan Markle's dress.

It is just less than 20 days before the actress and fiancé Prince Harry will tie the knot, which left fans wondering, who will Markle wear on the big day? Perhaps the best one to ask about wedding dresses is Wang, who have been tapped by big names such as Victoria Beckham and Chelsea Clinton for their dresses.

This might be the reason why many people speculated the acclaimed designer will get to create Markle's wedding dress, but sad to say Wang is not the chosen one. Fret not, she had shed some light on the Suits actress' possible choice for her gown on her special day.

"There are two ways for her to go: American or British. Given her new position, her new status, and her new role, she'll very well go British," Wang explained.

Wang, who is a self-confessed fan of royal weddings, is pretty much like anyone who rejoice in every royal news. She further predicted that Markle will stay clear of the big nor sexy styles but that she will stay on the middle of the extremes.

Furthermore, the 68-year-old fashion designer said Markle might opt for a "more modern" wedding dress. Wang also suggested for the bride-to-be to choose something on the subtler side and "not a mermaid but not a full blown royal proportion or anything theatrical."

"Given that she's not marrying the future king, she'll still be a royal, [but] there's a lot to be done between those two worlds," she explained.

There is probably no one better than Wang when it comes to wedding dress, which only meant that people can take her word for their expectations on Markle's wedding dress.

In 1981, Princess Diana wore a wedding dress that had puffy sleeves and ballgown skirt. It was designed by Elizabeth Emanuel. Kate Middleton, meanwhile, chose two Alexander McQueen creations for her wedding to Prince William in 2011.

Of course, Markle's wedding dress should complement her overall look, and that includes makeup. Lydia Sellers, the 36-year-old's former makeup artist, said the actress might choose a "classic, timeless look."

Much like how the public sees her during her appearances with husband-to-be Prince Harry, Markle will probably go with light makeup, letting her freckles shine with a dewy-look matched with light pink lips. Sellers pointed out that her former client had always been into looks that let her feel like herself, and that meant looking "authentic and natural." 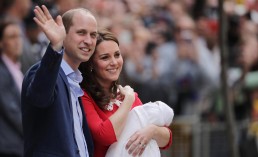 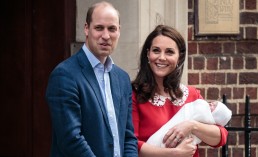 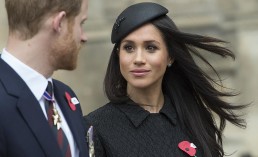