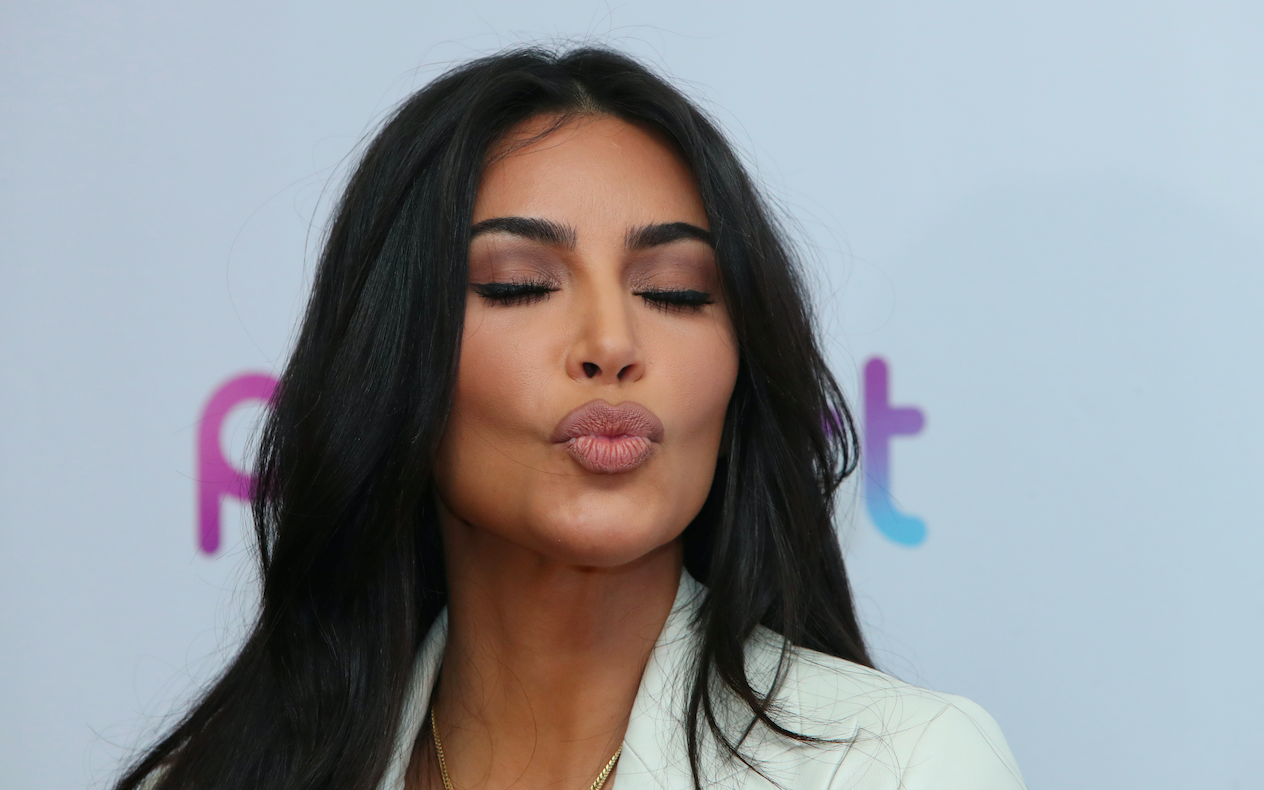 Kim Kardashian West is turning 39 on Monday, October 21. However, she already got into the birthday spirit by going all out with her celebration.

The reality star kicked off her birthday by spending it in Palm Springs last October 19 with her besties -- minus her mom Kris Jenner, who was at her friend Jennifer Lawrence and Cooke Maroney’s wedding in New York.

On Instagram, Kim shared a video of her getting ready for the intimate celebration with close friends. Luckily for her, Kylie Jenner went out of her way to specifically do Kim's makeup for the special occassion.

Kim took a bathroom selfie video for everyone to see the cosmetics mogul helping her for the perfect birthday look.

In Kim’s Instagram Story, she said, “So, for my birthday I have a special makeup artist today” and then showed her half-sister.

In the clip, the self-made billionaire appeared and began working her skills on Kim's face. However, instead of focusing on her model, she was looking at the camera, pouting.

“Look at your powder!" Kim said while laughing.

In her instagram stories, the birthday girl then showed off her birthday-ready decors.

There was a large 12-person dining table with placemats decked with necklaces that read, “Birthday BABE”. Additionally, pink toy shades that said “So Fab” and a sparkly pink party hat that read “Birthday PRINCESS” can also be found on the table.

Moreover, there was a pink ribbon that said “TODAY is all about ME.” The centerpiece consisted of letters that show “HAPPY KIM DAY,” as well as a couple of pink balloons.

The Desert Sun previously reported that the family spent $12 million for that property.

After dinner, Kim and her friends shared a fun game of Cards Against Humanity.

On Sunday morning, Kim Kardashian-West took to her Instagram stories once again to share a video of herself and her girlfriends walking around Palm Springs.

Later in the day, she shared a video that shows her lounging by the pool, adding, “There is nothing more that I’d rather do than be with all my friends laying out in Palm Springs for the weekend.”

Her sisters Kourtney Kardashian and Khloe Kardashian were also there to celebrate with her.

Kim shared another clip, which showed all of her friends opening up presents from the birthday girl, “So for my birthday, all my besties are opening up their Skims bags.”

Skims is the star’s latest venture that focuses on shape-enhancing undergarments. They recently had a launch for the second time.

Missing from his wife’s birthday celebration was Kanye West, who was in Jamaica on Sunday for his weekly Sunday Service performance.

The rapper, who usually goes ALL OUT when it comes to celebrating his wife's special day, kicked off his wife’s birthday weekend last year by filling their home with flowers and even surprised her with a piano melody.

I will keep trying to make things that can express how beautiful you are inside and out and how much I love you and our family pic.twitter.com/RurDAmLrwe — ye (@kanyewest) October 20, 2018

The model-reality star also received a touching tribute from her sister Khloe last year, calling her a “superwoman”.

Khloe admitted that she was so impressed by the woman, wife and mother Kim had become and continued that she would be lost without her older sister.