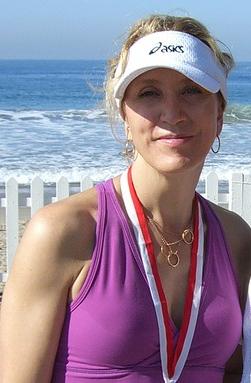 Felicity Huffman has served her sentence and is finally back in the scrutinizing eyes of the public.

Known for her starring role in "The Desperate Housewives," the 56-year-old actress was out with her husband on Monday after her shortened 14-day prison sentence. This was the first time she was out in the public since her released from federal prison.

Huffman was seen walking to a superior courthouse in Los Angeles, California with her husband, William H. Macy.

Huffman was released after spending 11 days in prison, serving her supposed to be 14-day sentence for her involvement in the college admissions scandal. Now, according to People, a source from the close circle of Huffman said that she is ready to face her societal debts and move forward.

Felicity Huffman was released from prison on Friday, Oct. 25, two days earlier than her scheduled release. She reported to the Federal Correctional Institution in Dublin, California on Oct. 15 to submit herself for sentencing.

Her early release surprised a lot of people, considering that the rules state that sentences that are shorter than 30 days could not be served less than its required number. Her original release date should be Oct. 27, 2019.

According to the statement released by the Bureau of Prisons under the U.S. Department of Justice, the release of Huffman last Friday was part of regular proceedings for inmates whose schedule of release falls on a weekend.

In an exclusive statement made by Huffman's representative to People, it was emphasized that Huffman will now begin to serve the remainder of her sentence that Judge Talwani ordered. It includes a one-year probationary period with supervision and 250 hours community service.

It was in May of this year when Felicity Huffman admitted guilty to fraud charges filed against her. She admitted that she paid college consultant Rick Singer $15,000 to have someone change her daughter's SAT answers after she took the exam. This was to ensure that her daughter gets in the Ivy League school that she wants.

According to same source cited by People, Felicity feels embarrassed about what she did. However, she is prepared to put everything behind her and move on. The source added that "Felicity only wants to serve her time and move forward."

After everything that happened, it won't be easy for Huffman to get away from the spotlight. She will be submitted to more criticisms in the future. However, everyone is certainly hopeful that she won't be involved in another scandal like this.