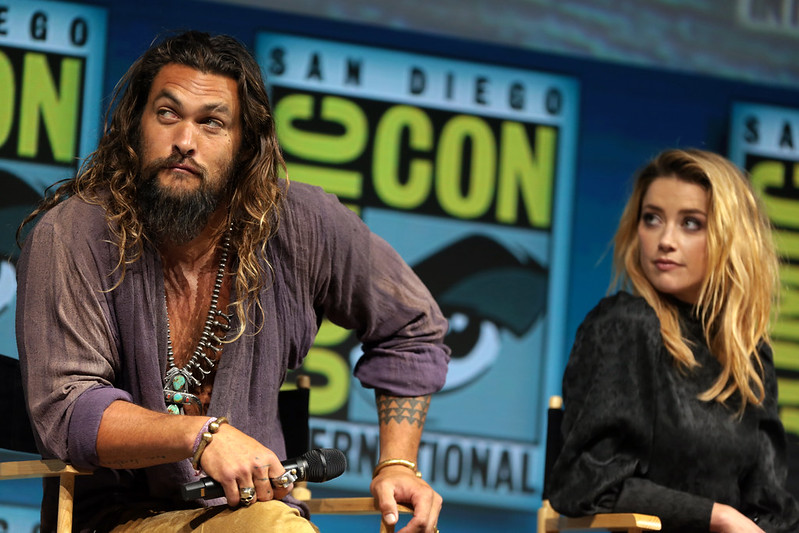 At 6-foot-4 and at least 235 pounds, Jason Momoa is a lean-mean body machine inspiring our body goals.

Now, the "Aquaman" star dishes out on how he snagged the role with this food and workout plan.

Work Your Most Important Muscle

Momoa stresses the importance of keeping your heart in-step with your fitness routine. Before he can safely do strength training to bulk up, he makes sure to work up a sweat doing 45 minutes of cardio every morning.

Momoa chose celebrity trainer Mark Twight, who is known for training the celebrities in movies like "300" and "Batman vs. Superman." For the Atlantis superhero, his fitness routine reportedly lasts at least two hours per day and five or siz days a week, Pop Workouts reported.

Jason emphasizes that it is important to workout doing activities you love. For him, this includes climbing, doing hill sprints, skateboarding and boxing -- activities that help him cut body fat or pack muscle without doing weights, which reportedly bores him easily.

Instead of focusing on one key area, Momoa also favors total body moves that incorporate his abs and arms into the routine.

His go-to exercise is a fat-burning and muscle-building exercise like rock climbing. He then supplements outdoor training at the gym with weighted front-handed pull-ups and one-handed overhead pull-downs for his back.

To get Momoa going while weight training, his trainer allows him to do consecutive reps starting with 10 reps, then nine, and after he finishes one rep, he has to do reverse and add reps again all the way back to 10.

Momoa had to give up sugar and processed foods to train for his roles in "Batman vs Superman," "Conan the Barbarian," and "Aquaman." He reportedly cut out donuts and Doritos from his diet.

When training for "Conan," Momoa opted for chicken breast before hitting the weights for an hour or two. He then supplemented it with peanut butter and honey during the workout.

Now, Momoa eats fresh fruit to power-up before a workout. He also keeps a strict diet of lean proteins -- his favorite being fresh Aku fish meat aka skipjack tuna --- and leafy greens.

Jason's motivation includes giving in to one craving he can't live without: his favorite Guinness beer! He reportedly saves the calories to enjoy Guinness guilt-free.

Now, you can train and eat like Aquaman. In the meantime, watch out for the Aquaman sequel on December 16, 2022.