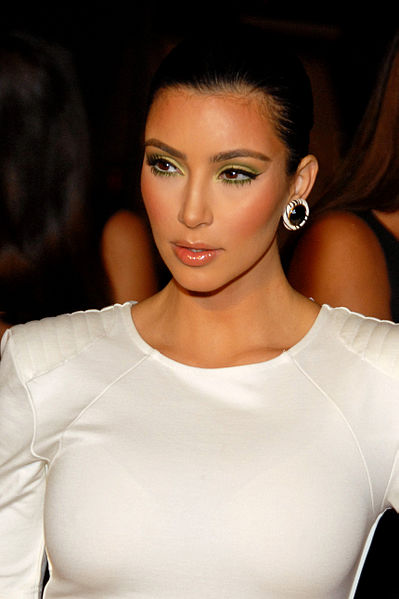 Kanye West ordered his wife, Kim Kardashian, to put away all her expensive jewelry.

The 39-year-old "Keeping Up With The Kardashians" star has been out and about with her bling, and West is worried about it.

Kanye is freaking out because his wife is flaunting her expensive jewelry pieces again. It was only three years since the Paris robbery that lost Kim $10 million worth of jewelry stolen from her hotel suite.

An insider told RadarOnline that Kanye ordered Kim to stow away her jewelry pieces in safety deposit boxes. However, Kim thought that he was overreacting. She even told Kanye that their security system is amazing and that he has nothing to worry about.

After the October 2016 ordeal in Paris, Kim has noticeably cut down the jewelry pieces she wore in public. In fact, she has gone so simple that she was only seen in public with a thin wedding band on and nothing more.

This conflict follows the episode when Kanye tried to control the wardrobe choices that Kim was making. IRadar's insider sources said that Ye has always been a "show off" -- flaunting Kim's sex appeal -- until he became a conservative. His renewed sense of faith is to be blamed for it, sources said.

Now, Kanye is reportedly physically cringing whenever he sees what his wife was wearing. He feels that she is showing too much skin, and he doesn't like it.

"He tries to control her as if she's a teenage girl," according to the Radar source.

Kanye even demanded that Kim doesn't go out of the house wearing something he didn't approve of.

The recent appearance of his wife on Instagram where she's adorned with all the expensive-looking necklaces got Kanye worried. He thinks that his wife is posting pictures of expensive jewelry and other accessories on social media as if the Paris heist never happened.

According to reports., Kanye has warned Kim of it because he is afraid it might happen again.

Since the release of his new song that sounds like modern praise and worship song, Kanye has become blunt about his opinion of his wife's choice of clothing and accessories.

Kanye was diasppointed and "hurt" after he saw the 'wet dress' Kim wore at the 2019 MET Gala. He pointed out how her dress is affecting his soul and spirit, especially with how people are looking at his wife, the mother of his four children.

Kim then lashed back at Kanye, saying that he helped build her sexy and confident self. She further emphasized that he may be on his way to transformation, spiritually, but it doesn't mean she has to be with him on the same page.

The two reportedly still fight over the issue, with Kanye refusing to back down on his demands -- whether Kim agrees to it or not.