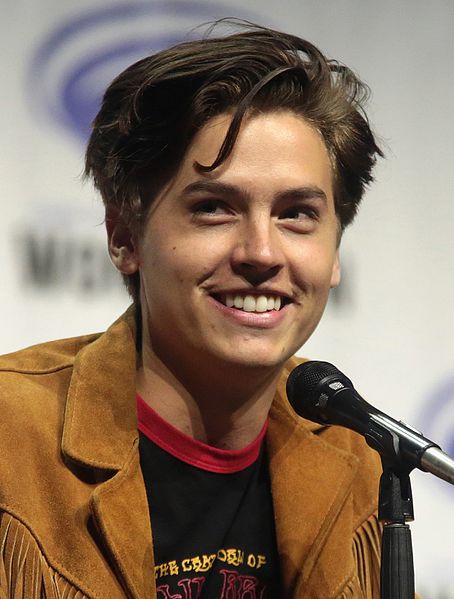 Flashback to the Season 3 finale of "Riverdale" where fans saw Archie, Betty and Veronica all covered in blood as they stood around a fire. Jughead wasn't in the scene, and Archie was holding his signature beanie.

The said scene was a flash forward to spring break a year later, which could mean that Jughead may or may not be bidding his farewell to the series halfway through the fourth season.

So, here's the question at hand: is this cliffhanger an omen to Jughead's demise?

The season finale caused a huge, major freak-out to the "Riverdale" fans, considering that Jughead Jones' actor, Cole Sprouse, is one of the lead stars of the show. They can't just simply kill him off, right?!

In an interview with Decider, "Riverdale" creator and showrunner Roberto Aguirre-Sacasa claimed that they have a couple of options regarding Cole's character. He further said that the incident shown in Season 3 finale would happen halfway through the new season.

"Then we have a couple of options on what happens on the other side of burning the beanie," Aguirre-Sacasa revealed.

However, in a contrasting revelation, the cast revealed that the cliffhanger on Season 3 only happened because Cole was too cold on set.

In a TVLine interview, the cast finally spilled the tea.

"The only reason why that [scene] happened is 'cause Cole was cold that night," KJ Apa (Archie) revealed.

Lili Reinhart (Betty) then followed it up, saying that it was scripted for all four of them until Cole said he didn't want to do the scene.

According to KJ, the original ending for the episode went like this: the four of them stood around the fire, and they all threw their clothes in.

"I think they [the writers] had the idea, like, they wanted to play with that idea in Season 4, so then Cole being cold was just like the last straw," Camila Mendes (Veronica) added.

With this revelation, it now certainly seems that Jughead is very much alive.

But then again, with the previous Season 4 episode that showed Betty and Jughead's father FP Jones looking at a cold and lifeless body which looked very, very much like Jughead, confusion and bewilderment rose again.

It seemed quite ominous after the prank perpetrated by his Stonewall Prep classmates, where they had Jughead trapped inside a coffin.

This only leads us full-circle to our pervious question: is Jughead going to die? Would he be targeted by the person behind the mysterious VHS tapes?

Well, hear this: A Reddit user learned that in the Archie Comics universe, Jughead actually has an identical cousin named Nathan. Comicbook Jughead also turns out to have another younger cousin, Souphead, who looks and dresses up just like him.

Could it be possible that Cole's character isn't actually dead, and instead it was Jughead's brother or cousin who was lying lifeless in the coroner's office?

Here is more: isn't it a little bit convenient that Cole Sprouse actually has an identical twin, Dylan Sprouse?

So far, fans can only theorize on what is in store for the viewers of the "Riverdale" series. All that they can do is settle in one corner and bite nails while waiting for the rest of the episodes to unfold.

Here's to hoping that Jughead could survive another season!