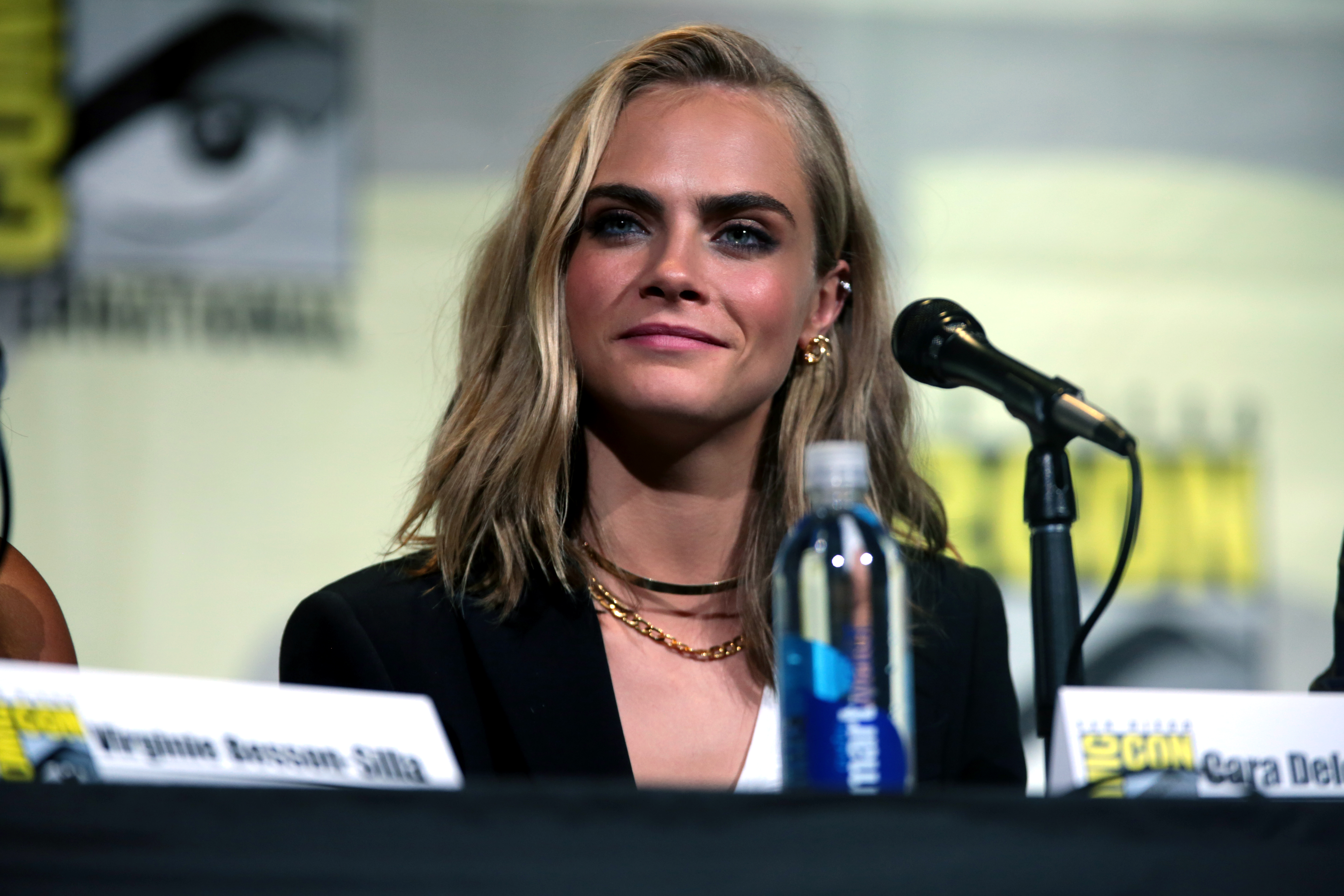 Delevingne offered her fashion best friend Olivier Rousteing a smutty tight squeeze, which was not a part of her new project at all.

The 27-year-old supermodel bagged another job and filmed a risqué commercial shot for Rousteing's company, Balmain. The promotional video is for C.O.R.D, which is the long-awaited apparel and accessory collaboration with Rousteing -- Balmain's creative director.

After filming the 70-second long video in one of the Balmain storefronts in Paris, the two hugged each other off-cam while they were still naked.

Rousteing back hugging an unclothed Delevingne was also captured. Instead of clothes, the two used a large Balmain bag to hide their bodies as part of the campaign.

Later after the shoot, Rousteing shared a snap of the once-in-a-blue-moon moment on his Instagram page alongside the caption, "Instagram should we apologize?"

Delevingne also took to Instagram and wrote an appreciation post: "I love you @olivier_rousteing forever, you're the gift that keeps on giving. My best friend and creative genius. I feel so lucky to be your partner in crime."

The supermodel will also turn into a host and executive producer soon.

A joke-based show -- which is being produced by ITV America's Sirens Media for Quibi -- chose Delevingne to be the one to "wreak the havoc" on the newest show set for release in April 2020.

"Cara's an icon in so many ways, and it's a privilege to partner with her to develop something that authentically encapsulates her unique energy and sensibility. As far as I know, a series in this space with this level of female guidance and representation, both in front of and behind the camera, is unprecedented, and we're ecstatic to bring this new take on the genre to the ideal platform in Quibi," said Jessica Sebastian, Sirens Media president.

Delevingne also commented on the partnership news, saying that she is excited to partner with a "revolutionary streaming service" like Quibi.

"As someone who watches so much content on my phone, this feels like such a perfect partnership," the supermodel went on.