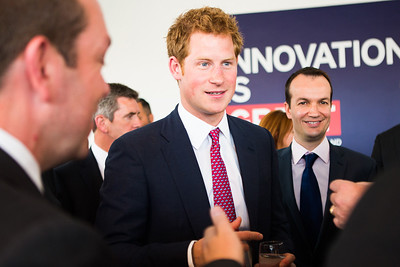 Meghan Markle is breaking down. In the ITV documentary about their journey to South Africa, she raised royal brows by opening up her emotions to the public.

It has been the toughest years for Markle since she got married to Prince Harry. Though she faced scrutiny while they were dating, that did not stop her from marrying her prince.

Friends have warned Markle that the British press will destroy her. Gina Nelthorpe-Cowne, the Duchess' former agent, tried to alert Meghan that her privacy would suffer and her normal life will end once she marries into the Royal Family.

Negativity was not something Markle wanted to hear back then. She will get married to Harry by hook, line, or sinker.

Things quickly turned from happy times to royal pains. British tabloids would not stop, not even with a warning from Harry or from 72 female members of the parliament.

But at what point can freedom of the press be considered as crossing the line? Racial remarks towards Meghan and even of Baby Archie in tabloids have to stop.

Harry can see the pain of his wife and vowed to protect his family. However, how could he have avoided this predicament? It would seem like whomever Harry chose to marry would get a bitter taste of scorn from the media.

They were together for seven years when Chelsy realized she was not cut out for the life of a royal bride. Though she helped Harry write his best man's speech, seeing Kate made Chelsy realize she could never make the same sacrifices.

Chelsy was a free spirit unlike Kate who was sensible, careful and dressed or behaved conservatively. Though she loved Harry truly, it was not a life Chelsy could see herself living a life in the spotlight.

Meghan Refused to See What Others Saw

Prince Harry's ex also revealed that it was very difficult to cope with the glare of the spotlight, especially when things got bad. For her, it was scary and uncomfortable.

Davy added that though she tried to live a normal life while in a relationship with Harry, she could not. Harry's former flame could only recall the time in the spotlight as horrible.

Another ex-girlfriend of Harry's, model Cressida Bonas had to end her two-year relationship with Harry. She refused to have all the attention that comes with royalty.

Cressida, too, had her wake-up call when she watched Kate on a royal tour on TV. There was no way the model wanted the same attention. Though Harry tried to convince her girlfriend they could make it work, he had to deal with heartbreak.

None of his exes wanted to share the royal life he was born into.

However, Meghan has the strength and courage to stand through this. She will make it through and will not be entirely broken in the process.

READ MORE: Is Meghan Markle Being Criticized Because She's Black?

Prince Harry at an event (Photo by Number10 via Flickr)