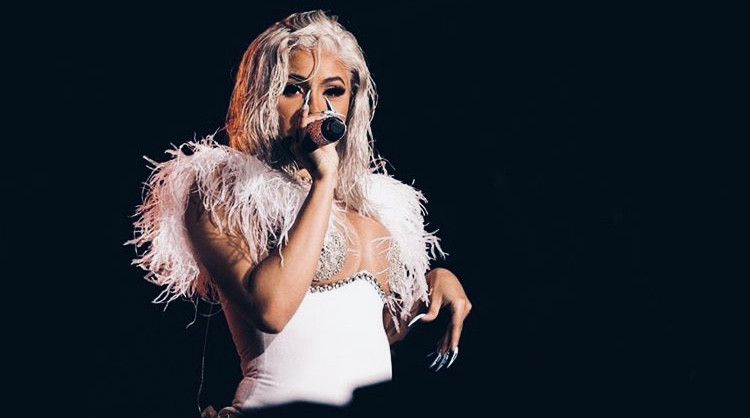 The problem does not lie with the "likes." According to Cardi B, Instagram's comment section is the one that is in need of fixing.

On Friday, Instagram's CEO Adam Mosseri announced that the company would soon begin testing the hidden "like" counts in the U.S. The said test is a part of the social media site's effort to make the app more positive.

"It's about young people. The idea is to try to depressurize Instagram, make it less of a competition, give people more space to focus on connecting with people they love, things that inspire them," Mosseri said.

WATCH: Instagram CEO Adam Mosseri announces that the platform will start hiding likes for US audiences starting next week. It's the latest step in Instagram’s quest to become the safest place on the internet. https://t.co/BGkMG57rdk #WIRED25 pic.twitter.com/WNTyAPVhaD — WIRED (@WIRED) November 9, 2019

Instagram explained that the users could still see which users have liked their posts. Their friends, however, will not be able to see how many likes their posts have garnered.

Instagram began testing private likes among Canadian users in spring. They have already expanded the test to six other countries. U.S. will be added to this list by this week.

Among many users who have expressed their opinion on this matter is 27-year-old rapper, Cardi B. According to her, there is a much bigger problem that makes the platform harmful to its users.

The rapper pointed out the longstanding toxicity that has rooted itself deep within social media, particularly in the comment section. She said that many people, most widely known as "trolls," would post triggering comments just to gain other people's attentions.

As time goes by, the messages became increasingly more offensive and way beyond the line. Cardi B further talked about the users who "don't have a life" and post the "craziest, most absurd" comments just for likes and comments back.

"If anything is affecting Instagram right now, it's the way the comments have been done or have been changing these past few years," Cardi B reiterated.

There has been a mounting concern about social media's negative impact to mental health. According to a 2017 study by the Royal Society for Public Health, social networking sites have been piling up negative effects to young people's self-esteem, exacerbating issues with body image, cyberbullying, and fear of missing out.

In the past 25 years, rates of anxiety and depression is also said to have increased by 70 percent.