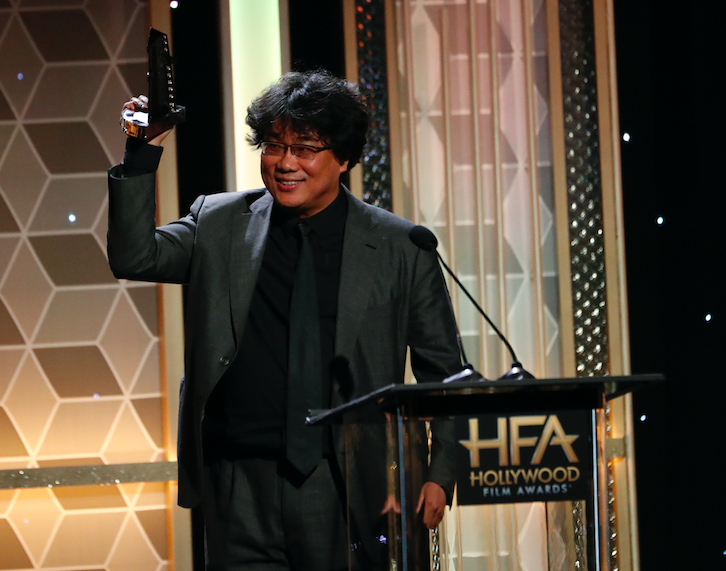 Korean movie "Parasite" is set to reach a milestone at the North American box office.

With the way it is currently treading, "Parasite" is set to become the highest-grossing foreign-language film in the U.S. this 2019.

Despite pumping out some of the most captivating cinema in the world, South Korea has long flailed at the domestic box office. Bong Joon-ho's Korean-language black comedy has high hopes for it to win an Oscars.

Since the movie was added in 142 more locations in the U.S., totalling to 600-plus cinemas, "Parasite" is expected to cross the $10 million mark. In fact, several distribution sources project its endgame at $20 million.

"'Parasite has been riding a wave of interest since its debut. Neon's slow rollout was perfectly orchestrated from day one and this has paid big dividends for the film," Comscore's senior media analyst Paul Dergarabedia told Variety. "'Parasite' is one of the most interesting (and unpredictable) films of the year and has become one of the must-see films of the season."

Globally, "Parasite" has earned $106.7 million. Almost 67% of that gross came from its home country, making it the highest-grossing title of all-time in South Korea

"What keeps you rapt in Parasite is the visual wit - every shot distils the movie's themes - and the richness of the characters and performances," according to an editor at Vulture.

View this post on Instagram
Parasite (R, 132 minutes) Bong Joon-Ho knows how to make a freaking movie. “Parasite” is nearly flawless in every way. It’s the complete cinematic package, mixing incredible directing, hilarious moments and a thought-provoking story that will keep you guessing until the very end. All of this comes together to make one of the year’s best films. Even if you don’t generally have a taste for foreign films, I’d encourage you to give “Parasite” a look. This is a name you’ll hear come up a lot during awards season, and rightfully so. It’s that good. Not-A-Documentary-About-Ringworms/10, recommend A post shared by  Movie Reviews In A Nutshell (@nutshell_reviews) on Nov 10, 2019 at 5:40pm PST

Overall, "Parasite's" running box office is literally on the verge of defeating hit foreign-language film "No Manches Frida 2." The Spanish-language comedy earned $9.27 milllion in the U.S. to become the highest-earning foreign-language flick this year (well, before "Parasite" made its push).

"Parasite" has received plenty of praise from critics: It currently holds a 99 percent critic rating on Rotten Tomatoes.

The director centered the movie on two Korean families, a super-wealthy and a family living in poverty -- which is reportedly based on his own experience.

It was reported that Bong Joon-ho took a tutoring job in his early 20s for a wealthy family in Seoul. The family lived in one of the most prosperous villages in Korea. Bong grew up in less lavish circumstances and became a math tutor. His girlfriend at the time -- now his wife -- introduced him to the family.

Joon-ho said that the idea of a low-income family infiltrating the lives of a rich one is where he first delved in.

"It was more like putting these characters together in a very controlled environment and then watching the chemical reactions unfold," Joon-ho said. And then, "Parasite" was born.