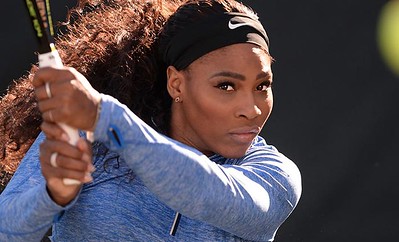 Did Meghan Markle really take Baby Archie on commercial flights to and from NYC?

Fact check: Meghan Markle's NYC trip was a solo one. She was even spotted in a group yoga class in the Big Apple with up to about 60 yogis in attendance.

Selena Williams was misunderstood when she revealed that Meghan "flew all the way with a newborn" to see Williams play at the U.S. Open Finals.

Palace sources told PEOPLE that Baby Archie is yet to travel to the U.S. The Sussexes are set for a six-week vacation in the U.S. in time for Thanksgiving.

Meghan: A Friend You Can Count On

Williams may have referred to the fact that Markle recently gave birth and yet was able to make it to the event. Markle cheered her best friend on.

Serena appreciated Meghan's sweet gesture. It turns out, she really needed her best friend by her side at that time. Williams lost to 19-year-old Canadian Bianca Andreescu during the U.S. Open.

Williams admitted she was not at her finest during the game.

The 38-year-old American tennis player reportedly lacked time to train and was more chill. Regardless, it was also William's comeback in the final after her win in the 2014 U.S. Open.

It was a great feat for Williams who was happy her best friend was there with her.

Of their friendship, Meghan often received praise from Serena for being a shoulder to cry on. Through celebrations or hardships, Meghan would always be there for her best friend. She would be armed with a Kleenex, a shoulder and wine at those times.

A former colleague also noted that Markle would stop whatever she was doing to laugh or cry with a friend.

The Sussexes have been on a few royal family trips since Baby Archie was born. They went to Ibiza in August to celebrate the Duchess' birthday. They later stayed in Elton John's private home in the south of France.

Most recently in September, the Sussexes took their son with them to South Africa. They had a team of 13 staff, including Baby Archie's nanny.

The Duchess previously unveiled that life as a working mum and traveling with a baby is a lot to juggle.

Markle also opened up about setting her schedule according to her baby's feeding schedule. This is most likely why she had to rush back to London after cheering her BFF at the US Open Final.

READ MORE: Meghan Markle A Proud Mama: Baby Archie Can Now Do These!