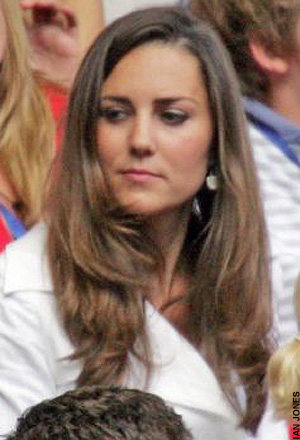 Not because one royal raves about the skincare treatments, does not mean that all royals will.

Dr Gabriela Clinic on Harley Street received much criticism over the misrepresentation of Duchess Kate Middleton to promote her cosmetic procedures.

The clinic has recently been giving praises to 60-year-old Sarah Ferguson, ex-wife of Prince Andrew, Duke of York. Ferguson has been promoting the Central London clinic, having received several of their treatments including botox, facelifts and stem-cell therapy.

It's "Kate Wrinkleton" days all over again. But this time, not even the trolls are responsible for this. Dr Gabriela Clinic took to Instagram to share a side-by-side photo of the Duchess of Cambridge.

The photo was taken from the internet, a copyright image of Kate at Wimbledon in 2014. Kate was breathtaking in her no-makeup look. However, the clinic opted to add years on the royal's face with wrinkles and crow's feet.

It gave the wrong impression that the Duchess of Cambridge was promoting the cosmetic treatments at the clinic like Ferguson. The Editor-in-Chief of Majesty Magazine, Ingrid Seward, spoke of the photo as a "blatantly awful use of images."

A respondent from the said clinic revealed that they removed the image to show they had no intention to offend the Duchess.

Dickie Arbiter, a longtime communications secretary of the Queen, gave word that Sarah Ferguson ceased to be a member of the Royal Family since 1996.

The misrepresentation of Duchess Kate in cosmetic treatments that Ferguson is linked to is reportedly an "embarrassing example of Ferguson's association with the British royal family," Arbiter added.

Ferguson is seen as desperate to make money in all sorts of ways. The former royal staff further speculated that Ferguson could be profiting from the clinic using her royal connections.

The British royals are reportedly ignoring Ferguson's embarrassing acts. However, they will not stand for the misuse of the Duchess of Cambridge's name or face to promote their business.

The mother of the Princesses of York are said to have caused the rift between her daughters and Kate Middleton.

Sarah has been involved in several scandals, including association with a pedophile, scandalous loans, and getting her financial adviser to suck on her toes.

Ferguson's misbehavior has led royalty to deny her an invitation to Kate Middleton and Prince William's wedding in 2011. This reportedly sparked fury among the Princesses of York and the rift continues to this day.