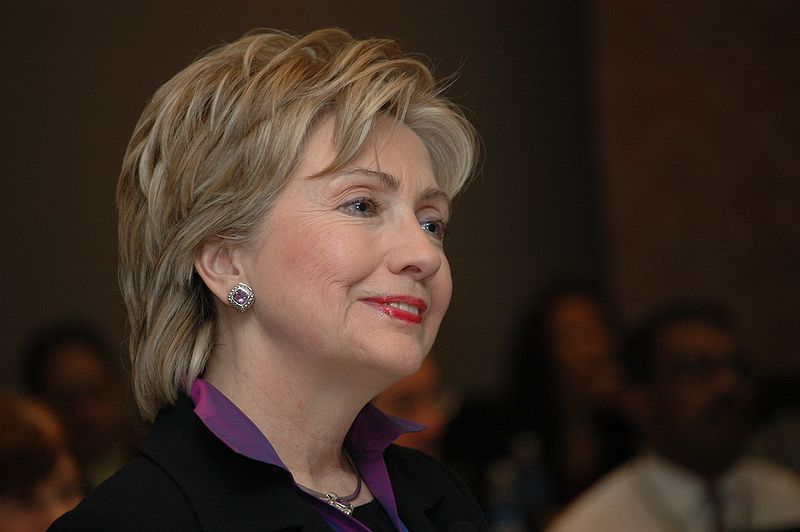 Former U.S presidential candidate Hilary Clinton expressed her concerns for Meghan Markle over the racist criticisms she has received.

Mrs. Clinton said that she wants to give the Duchess of Sussex a hug for the heartbreaking treatment she has received from the tabloid media over the past three years.

On BBC Radio 5 live with Emma Barnett, Mrs. Clinton gave her opinion on the media's harsh treatment surrounding the Duchess, certain that all the backlash she has endured were racially charged.

The former U.S. First Lady continued with how heartbreaking and wrong it is for mainstream media to even allow such content to be published. Despite, the royal couple launching several legal actions against U.K tablods, Prince Harry and Meghan Markle are still commonly seen in the headlines.

"From the time the engagement was announced, race was clearly an element in it." Mrs. Clinton said. "I feel as a mother I just want to put my arms around her. Oh my God, I want to hug her!"

Clinton also said that Markle has made her own way through this world and how both the Duchess and Prince Harry are now only expressing their love for each other and everyone should celebrate that.

"You know, it's not easy. And there are some techniques that can be learned along the way, some humor, and some deflection, whatever, which I'm sure she will come to. But it is tough what she is going through and I think she deserves a lot better." Clinton continued.

The royal couple have been struggling with their public life and are having a hard time keeping their private life under wraps. It got to the point that Prince Harry suggested there was a tabloid campaign against his wife.

This was not the first time that people noted a hint racism towards Meghan Markle. In an interview with Vogue editor Edward Enninful after the Duchess finished guest editing the September issue of Vogue, he stated that a lot of the criticism she received were racist and very personal.

"It was more than racism. I thought it was personal - attacking someone you don't know," Enninful said.

While a lot of tabloids sneered at Vogue and Markle for being "uppity" and "anti-white" for their focus on diversity, Kate Middleton's guest editing for The Huffington Post and Prince Charles' editing of Country Life Magazine were met with praise. The double standard was hard to ignore.

Mrs. Clinton and her daughter Chelsea arrived at Southbank Centre London to promote their new book together. Both of them agreed and supported Markle, praising her for being "gutsy" -- which is also the premise of their new co-authored book, "The Book of Gutsy Women: Favorite Stories of Courage and Resilience."

Clinton and her daughter also discussed their thoughts on the royal family and former prime minister of the U.K, Margaret Thatcher and why she was not included in the book.

READ MORE: Is Meghan Markle Being Criticized Because She's Black?