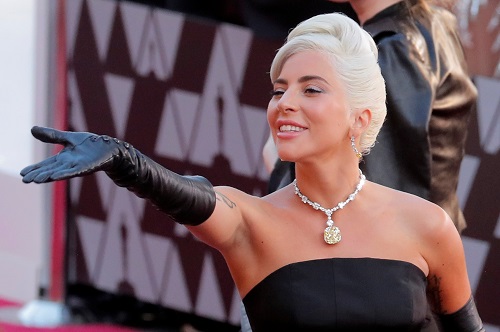 The "Poker Face" hitmaker is trying to recover from a bad romance with Dan Horton that abruptly ended last month.

Aj Benza, gossip writer for RadarOnline.com, wrote in his Fame column that Lady Gaga is burying herself in work hoping to forget about the heartache that came with the breakup. The singer-songwriter is using her talent and her time wisely by developing projects she hopes to pursue in the future.

Has she curled up in a hole writing a new song? Fans are wondering if the Grammy and Oscar-winning star is currently rehearsing at the MGM Park Theatre for her Las Vegas Residency. However, Lady Gaga is up to something her fans will surely love.

If there is one thing predictable about Lady Gaga is that she has remained unpredictable since she started her career in the music and film industry.

Her unpredictability also reflects in the men she has dated. So when she broke the news on Instagram that she was single, not everyone was surprised. It was like her relationship with Dan Horton was bound to come to an end and everyone was just waiting when it would happen.

Has she moved on from the heartbreak? An insider source of Fame said that Gaga has been furiously writing a screenplay about her life which she is hopeful would be turned into a full-length film in the future. The source of Fame revealed that Lady Gaga has been working on the screenplay for years, but it was only recently that she found the time to drill down to it.

"Now, she is close to finishing it," the source told Fame.

Is this just another pet project? The Fame source said that Lady Gaga has always been serious about this film project about her life. In fact, over the years, she has quietly been buying the life rights of some friends she intends to include in the movie.

These are those who have been with her throughout her life as an outcast into her slow and unlikely rise to fame.

"The Queen of Pop is writing her life story as she sees it and she doesn't want any interference from significant people in her life," the source said. The goal was to ensure that no one would dispute her version of things.

Lady Gaga has yet to finish the story of her life. Despite the heartbreaking news of another failed love story, the pop icon continues to turn her pain into something creative.

It would come as no surprise if the film becomes a huge success when it hits the cinemas. Lady Gaga inspires many with her charming, beautiful soul. The creativity that comes from within speaks nothing less of how good this artist is.