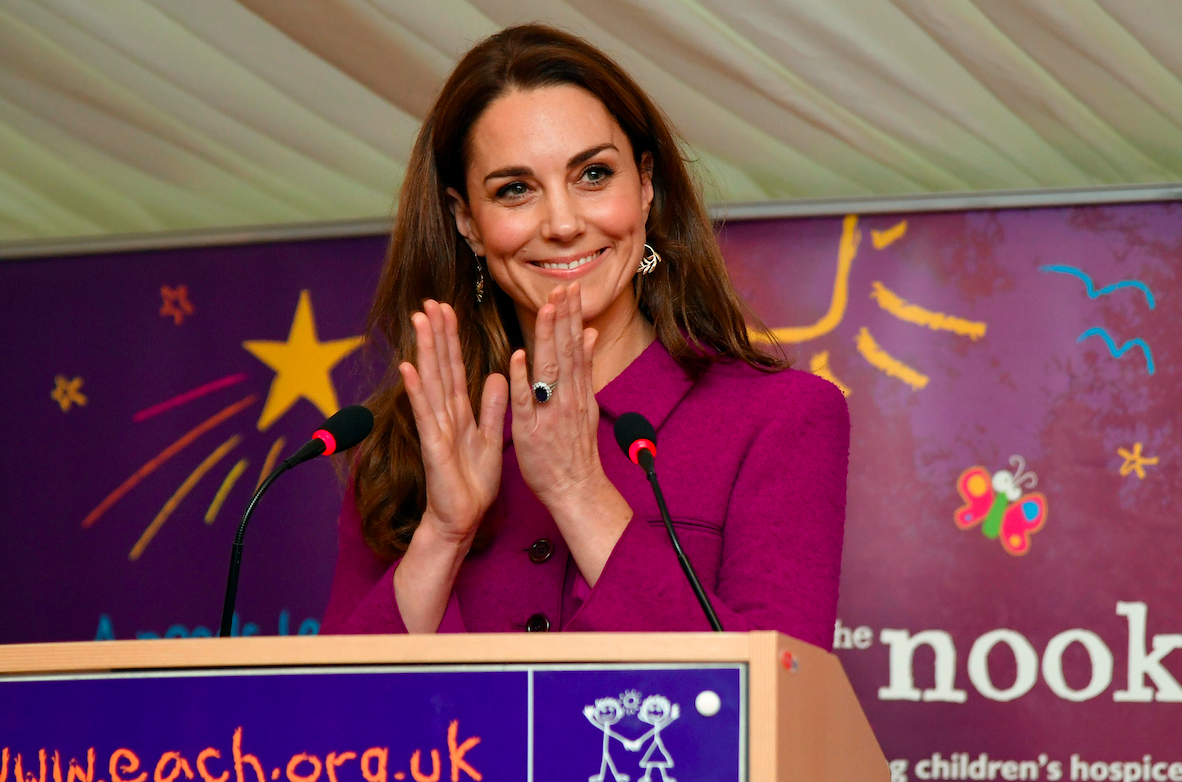 Earlier this week, it was reported that Kate Middleton "worked" in a hospital in London for two days.

According to the Court Circular, an official record of past royal engagements, the Duchess of Cambridge was in the Kingston Maternity Unit. The hospital is popularly known to deliver 5,900 babies in 2018 and offers home births alongside a midwife-led unit.

It was a private visit that was assumed to be in connection with her "Early Years" work outlined on the Royal Foundation website.

"With a greater focus on the early years, the Duchess of Cambridge believes we can provide solid social and emotional platforms for children to make them healthier and more resilient later in life," The Royal Foundation said in a statement.

Middleton has taken a keen interest in early years of development and child mental health in the course of her royal work. In 2018, the mother-of-three led a steering group aiming to make a positive difference to the lives of children by focusing on their earliest stage of life from pre-birth to five years of age.

The charity has also teased that Middleton will be unveiling a "major body of work" later this year.

With George, 6, Charlotte, 4, and Louis, 1, Middleton has spoken passionately about being a mother. During a visit in 2018, she said that being a mother is hard, particularly in the early days.

"After the age of one, it falls away. After that there isn't a considerable amount - lots of books to read. Everybody experiences struggle," the Duchess of Cambridge said.

The Duchess also spoke about loneliness and parenting, saying some mothers sometimes feel isolated and lonely.

Kate Middleton has been seen at several engagements during recent years, most of which demonstrates her natural sympathy towards children. She has become well-known for her hands-on approach to her royal duties.

Middleton has been a benefactor of the Nursing Now 2020 campaign and has even attended the launch back when she was still pregnant with Prince Louis. The campaign is aimed at raising the profile and status of the nursing profession worldwide.

Kate is a patron of the Royal College of Obstetricians and Gynecologists in 2018, taking over from the Queen.

During her visit, the Duchess of Cambridge learned more about the college's global health programs to decrease maternal and new-born mortality worldwide before attending a table discussion on the humiliation around women's health.

At that time, the royal also reunited with her midwife and professor, Jacqueline Dunkley-Bent, who assisted with the delivery of Princess Charlotte in 2015.

In September, Middleton met with young mothers at a children's health and development center to learn how they were sustained after giving birth.

In October, she accompanied the Duke of Cambridge on a royal tour of Pakistan, during which they comforted children at a cancer hospital (one which was also visited by the late Princess Diana).

Earlier this month, Middleton -- who is a Royal Patron of East Anglia's Children's Hospices (EACH) -- opened the $11 million Nook children's hospice in Norfolk.

During her visit to the charity's new hospice in Framingham Earl, her royal children and relatives toured the hospice. They unveiled a plaque to open the building officially.