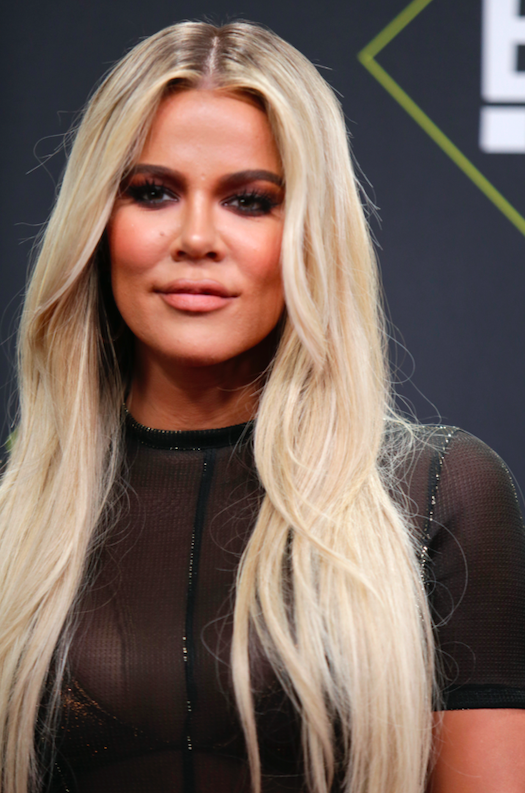 During the airing of Sunday's episode of "Keeping Up with the Kardashians," a fan named Bri tweeted out to the mother of one-year-old True Thompson saying, "I wished Tristan never messed up! He and Khloe were so cute together!"

I wished Tristan never messed up! Him and Khloé were so cute together! #KUWTK — Bri (@KimKDelRey) December 2, 2019

The tweets came after the latest episode aired where Khloe received extravagant gifts from her basketball player ex.

The 35-year-old Khloe first received a diamond necklace which showed  up on Khloe's hotel room pillow after hosting a nightclub event in Connecticut.

"Do I accept stuff like this? I don't know what to do?" Khloe asked her best friends Malika and Khadijah Haqq after finding the expensive jewellery.

A conflicted Khloe was worried whether or not she would or would not keep the necklace, as she doesnot want to send her ex the wrong message.

The "Revenge Body" host called Tristan to say thank you and simultaneously questioned wether she should keep the gift, saying that it is a sweet and kind gesture, but it does not mean a necklace was going to fix everything.

Talking in front of the cameras on the show, she said, "Lately, Tristan's been telling me that he's sorry, and he loves me and appreciates me."

On the eve of Khloe's 35th birthday, Tristan also gave her a pink diamond ring.

Talking to Scott Disick, Khloe explained that the ring came along with a card and that she initially said no to the gift. The card includes a long, meaningful message which she has always wanted.

Scott commented that the rocked seemed like an "engagement ring", but Khloe clarified that Tristan said it was a "promise ring."

"I appreciate it, but I don't think I can accept it."

In an interview, the youngest Kardashian sister revealed that there was nothing romantic going on between her and her baby's daddy.

One fan tweeted that the NBA star has "made the bed and now he has to lay in it." But Khloe added that the former couple's daughter deserves to have Tristan in her life.

The Pooch businesswoman revealed that she and Tristan are co-parenting so well. "The most I can handle is a co-parenting relationship. I believe Tristan wants more than that, but that's not what I'm about."

He’s True’s daddy-she deserves to have a loving and awesome father. Tristan is amazing to her. she deserves that. We all make mistakes in life and none of us are perfect. I’m not gonna hold on to that negativity because it will only hurt myself &the energy that I get to my child — Khloé (@khloekardashian) December 2, 2019

In another tweet, Khloe responded with, "She deserves to have a loving and awesome father. Tristan is amazing to her. She deserves that. We all make mistakes in life, and none of us is perfect."

She added that she would only hurt herself and the energy she'll give to her child if she holds on to the negativity.

Khloe and Tristan broke up in February after he was caught cheating on Kylie Jenner's best friend, Jordyn Woods. However, they were already not in the right place at that time.

But that was not the first time he cheated on Khloe. Back in April 2018, the NBA star was caught cheating on Khloe with multiple women, just days before she gave birth to their daughter.

READ MORE: Khloe and Caitlyn Jenner -- Not Speaking for More than 5 Years