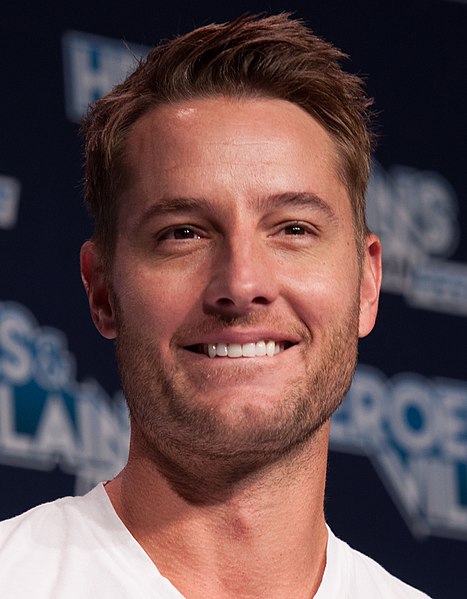 Chrishell Stause was shocked that her husband Justin Hartley has filed for a divorce. It caught her off-guard.

On November 22, 2019, People confirmed that Justin and Chrishell has called it quits after being married for two years. Now, a source close to the ex-couple has confirmed that "Chrishell is still reeling" from the sudden turn of events.

Where Did The Love Go?

A source told People that the couple has had their share of problems. However, the source added that it was not the kind of problem that would make Justin Hartley just walk away and file for divorce. Chrishell Stause expected her husband to at least try to fix things between them.

But then again, the source admitted that the new level of fame that Justin has been getting has opened a lot of doors for his career. He was looking at growing his career by taking on the opportunities offered to him.

With all the good things that have been coming his way, Justin hoped that his wife would be there with him for all of it. However, Chrishell was not looking at taking that path.

Their differences may have put an end to their love. Justin chose his career, but Chrishell was not on board with him on that. Chrishell wanted them to work on starting their family -- she wanted babies soon after they got married, but it just was not happening.

According to the source, Justin's filing for divorce has made Chrishell think that he never really took their marriage seriously.

Why Didn't She See It Coming?

Justin had been married and went through divorce once before. Chrishell had her share of relationships too.

Chrishell, however, admitted that she never took her past relationships any step further because she as adamant of getting married. Stause wanted to get married and she wanted it to last forever. It was one of the reasons why the couple took a while before they decided to tie the knot.

Stause wanted them to say their vows and mean every word. She did when she married Justin. Chrishell would have stayed with him forever, the source added. She was his strongest supporter and would have had his back through everything.

An additional insider said that Stause was not the only one who was upset at how their marriage has ended, citing that Justin was also "disappointed" that their marriage did not work.

The insider told People that ex-couple's schedules often kept them apart. They are too focused on their careers.

The "This Is Us" star has filed for divorce, citing "irreconcilable differences" as the reason. What was rather surprising was that the date of their separation as indicated in the document was listed as July 8, 2019.

Although they have been seen together a couple of times after the said date, sources told People that the couple has been having some problems for quite some time. Their fundamental differences is causing a rift in their relationship.

The source added that Chrishell wanted to settle down and be a stay-at-home mom. But Justin did not see that in the near future. He wanted to explore the possibilities and opportunities coming his way. Put simply, they were not on the same page, and it looks like neither of them wants to agree to a compromise.

Only Justin and Chrishell could truly say to themselves if their marriage was worthy of fighting for. But then again, it looks like Justin had seen it coming.