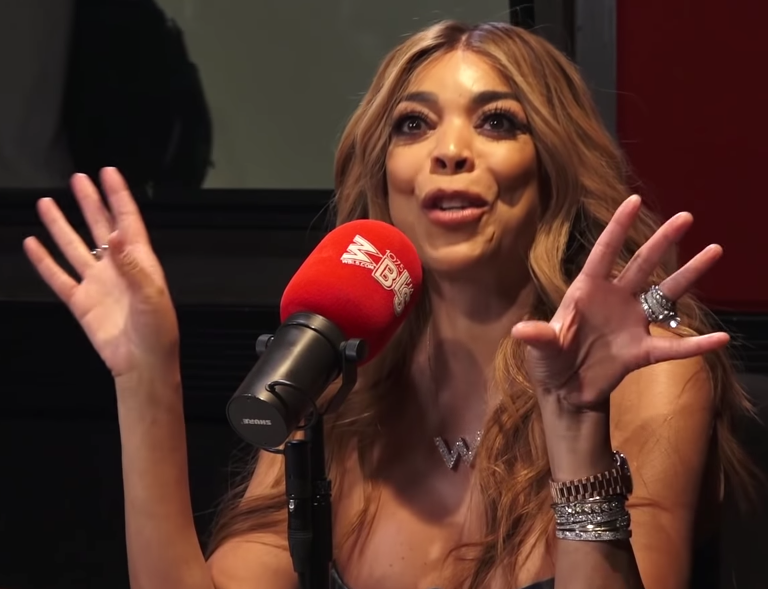 American talk show host Wendy Williams had a lot of things to say to Olivia Jade Gianunulli, who returned to YouTube and posted her first video in 9 months.

The influencer posted on the platform for the very first time since the huge college entrance exam scandal where her mother, actress Lori Loughlin, was involved, and the issue exploded.

During the Hot Topics portion of "The Wendy Williams Show," Wendy said Loughlin's daughter is "entitled" and "stupid."

"Lori Loughlin's entitled, stupid daughter, broke her silence for the first time since the college admissions scandal since it's broke," Williams exclaimed.

Afraid of the possible backfire she might receive, Williams then retracted her statement, saying "I don't mean to call her stupid. I don't care. I no longer care about this."

Williams added, "Lock the mother up, daughter go away, and Mossimo, continue sewing those clothes!"

While neither Olivia nor her sister Isabella was in on the alleged scam, William thinks the social media influencer should be focused on more important things right now than expanding her fame.

"She's 20 years old. 20 is old enough to understand your parents rigged the system, and your mom is going to jail."

She added that Olivia should think about going to college, "study something and let everyone forget about it."

The show host went on to say that while the young influencer has a lot of sponsorships because of the scandal, she will most likely get them all back because she is so privileged. Williams then ended he rant, saying that the video was "too soon" for the "little girl."

Since Olivia's return to YouTube, she told her fans not to expect any details regarding her family's troubles. "Legally," she cannot speak about the college admission scandals or her parents' current legal state, who were both charged with one count of bribery for their alleged illegal acts.

After Williams' remarks, an insider close to Olivia Jade said that the 20-year-old thinks Williams' words were very harsh.

The source spoke to Hollywood Life and said, "Olivia's upset. But quitting YouTube is not an option because her channel and making videos are her passion. T's what makes her happy, so giving it up is worse than doing it and facing all the hate."

Their source added that Olivia is scared, which is why she kept her video short and still has no exact timeline of when she is going to post again.

Her comeback-video was reportedly a way for her to "face her fears."

"It's something she thinks about almost nonstop, and the longer she avoids it, the scarier it gets, so she decided just to jump in and do something," the source furthermore added.

Wendy Williams is not the only one throwing shade at Olivia. If she was going to return to YouTube and social media, "she should go all the way," says the insider.

Olivia already had the courage not to turn off the comments on her latest video and the things she experienced this year. The insider, however, noted that Olivia managed to have thicker skin.

"It's been scary, but Olivia has been determined to return to some of the aspects of her old life in any way she can."