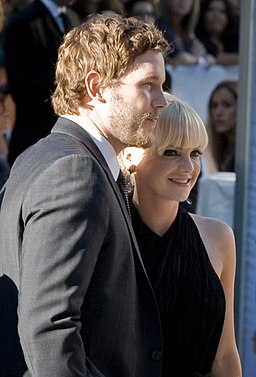 "Take Me Home Tonight" actress Anna Faris recently spilled the beans over an ex who cheated on her. While she did not name names, the timing has led to speculations that it was with her most recent relationship she was referring to.

Faris credits her 'gut feeling' to how she found out she was being cheated on. The star was recently sat down with Kat Von D over the podcast "Anna Faris is Unqualified."
The two femmes discussed about how they coped with finding out their significant others had cheated on them with another woman.

Faris revealed that she just felt it in her guts one night and decided to wake up her man in the middle of the night. It was such a scene where Anna is called "crazy" by her guy for demanding to know whether he was f-king this woman whom Anna did not name as well.

The "House Bunny" actress revealed that her intuition never wavered. Instead, her feelings grew stronger and stronger that she truly was being cheated on.

However, Anna revealed how she chose to become oblivious. "I think women are sort of taught to suppress suspicion for fear we might be deemed neurotic or crazy."

Was It Chris Pratt?

Faris was married to the "Guardians of Galaxy" actor for nine years before divorcing in 2018. They share a 7-year-old son, Jack.

The ex-couple finalized their divorce on October 16, 2018. By January 2019, just three months after his divorce to Faris, Pratt proposed to Katherine Schwarzenegger, daughter of "Terminator" star Arnold Schwarzenegger.

Chris wed Katherine on June 8, 2019. His wedding received a lot of criticisms as he had been divorced for barely a year. However, he did call Faris and gave her a heads-up even before proposing to Katherine.

There seemed to be no bitterness between Chris' new wife and his ex. Anna even gushed once saying, "Katherine's awesome!"

Was It Her First Husband?

Anna was previously married to "Voodoo Academy" actor Ben Indra whom she was married to for four years. They have divorced on Feb. 19, 2008. After over a year, Anna got remarried to Chris Pratt on July 9, 2009.

What goes around comes around. In her tell-all book "Unqualified," Faris revealed that she had desperately wanted to cheat on her first husband with Pratt.

Anna was still married to Indra when she met Pratt in 2007 while they were filming "Take Me Home Tonight." She even grew jealous when Pratt started dating a "background actress" at the time.

The actress revealed that she broke up with her then-husband over the phone. Ben was reportedly telling her, "You're just tired, really tired." But Anna put her foot down and said, "No, I'm leaving you."

Apparently, there were already "red flags" in their marriage before they split.

Farris further wrote in her book how she was eager to "get boned by Pratt" the minute she walked away from Indra and announced to her castmates that she had left her husband.

However, the actress later regretted her covetous act. She revealed in the book how it did not make her a hero to be able to say she did not cheat on her first-husband with Pratt. "After all, I desperately wanted to," she added.