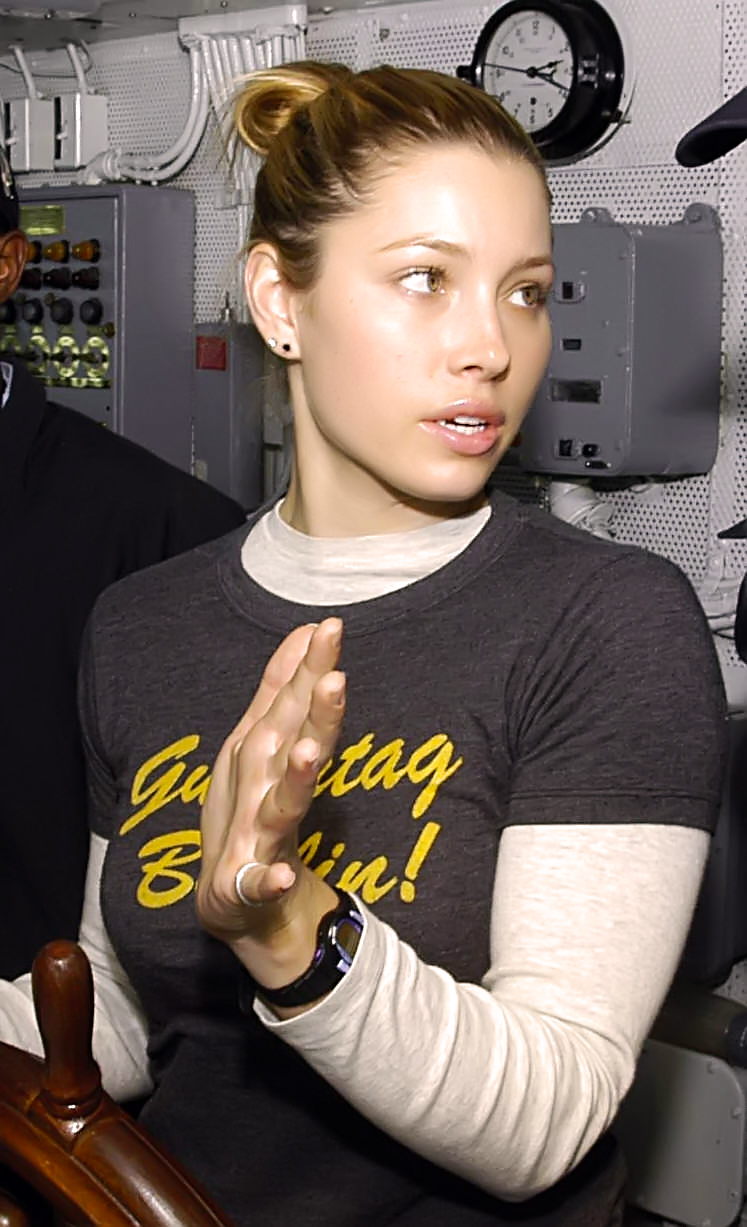 According to RadarOnline, Mrs. Timberlake demands her husband to take a lie detector test in hopes of knowing what is really going on.

"She's gone from being in total shock to being livid," Radar's source said.

On November 23, The Sun released several photos showing Justin putting his hands on Alisha Wainwright's thigh. They are working together on the movie "Palmer." The two were in Big Easy filming, and they just happened to take a break from acting with a midnight trip to a bar when they enjoyed some drinks on a balcony.

Wainwright was also spotted stroking Justin's knee before he grabbed her hand.

The Sun also noticed that he wasn't wearing his wedding ring, even though everyone knows he is already married.

"Biel's trusted him in the past, but this is beyond any level of acceptability, even if he was bombed that night," Radar's source continued.

The photos and video went viral, and fans were soon wondering if Justin's marriage to Jessica was on the rocks.

A source told People Mag that the two were in a balcony with a group of people, and there was "definitely nothing happening." Their source added, "He's down there shooting 'Palmer,' they're starring in the movie together, and they're cool, and everybody was hanging out."

Another source told E! News that the Timberlakes' marriage will survive.

"Justin feels guilty and will make it up to her. Jessica is very good to him, and he knows how lucky he is. He says it was not a big deal, they were all hanging out together, and that's the end of the story."

But yes, this is not the first time that the former NSYNC member has been involved in rumors of cheating.

Back in 1998, it was reported that Justin cheated on then-girlfriend Britney Spears. The couple dated from 1998 until 2002 and gave the fans the iconic matching denim outfits they wore to the American Music Awards.

Things soured between hem when rumors broke that Britney cheated on Justin with choreographer Wade Robson. Their fling allegedly blindsided Justin, and the two went from sparking engagement rumors to having a battle over their breakup via songs.

In 2005, Justin sued a tabloid publication for writing that he cheated on then-girlfriend Cameron Diaz. The two began dating in 2003 after meeting at the Nickelodeon Kids' Choice Awards. They had a fun relationship where Cameron even defended their nine-year age gap to the press.

In 2007, the two broke up but said in a statement that they would maintain a close relationship. Later on, Justin and Jessica Biel became an item.

However, the two called it quits in 2011 after rumors came out that Justin cheated and had an affair with actress Olivia Munn.

However, Justin's rep denied the rumors. The Us Weekly report claimed that Justin told Olivia that he was single and so the two had a three-day affair.

In 2011, Jessica and Justin had gotten back together and were engaged by December. The got married in 2012 in Italy and welcomed their son, Silas Randall, in 2015.

Since then, no other cheating scandal came up except for the recent one with Alisha Wainwright.