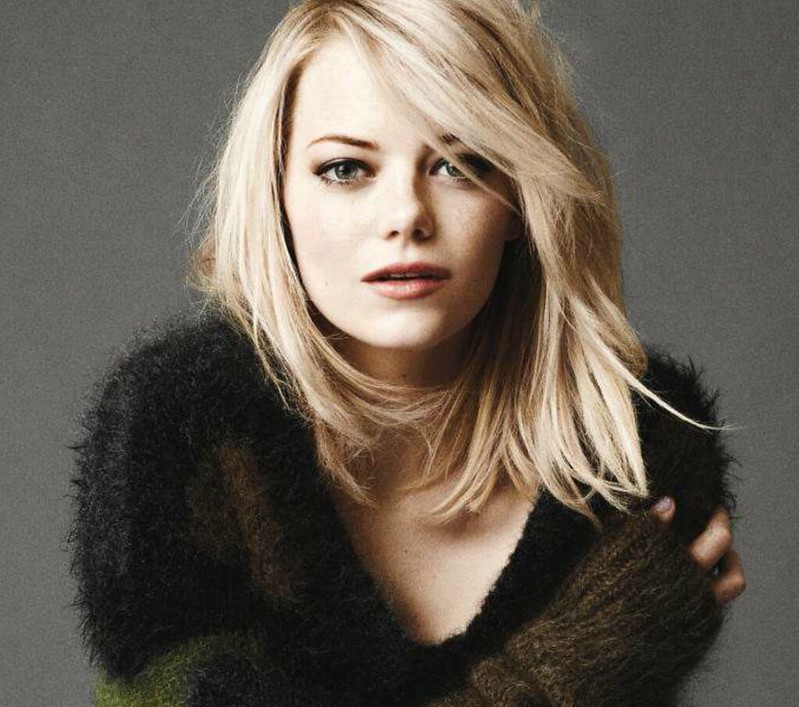 Congratulations are in order for Emma Stone who recently flashed a pearl-and-diamond stone as her engagement ring.

Life Is All Good

Dave recently updated his Instagram with a lovey-dovey photo. Notice Emma's epic smile and that look on her fiancé's face of sheer joy upon hearing her "YES!!!"

The couple snuggled up close for a snapshot holding hands to show Emma's nice new bling. The ring was a bit blurred in the photo but we got insight into the kind of classy ring Emma got.

The newly-engaged couple also recently bought a house in Malibu this summer. It is yet to be revealed whether or not they have already moved in together.

How Did They Meet?

The "La La Land" actress met the filmmaker on the set of "Saturday Nights Live" late in 2016. Emma was featured in the sketch comedy "Wells for Boys" which McCary was the writer and segment director of. What a sweet way to meet!

The two eventually moved on from colleagues to officially dating early in 2017. They were photographed together in public at a basketball game in January.

The pair has since been seen going on dates in New York after SNL rehearsals. They have been together for two years before they got engaged.

Who Is This Guy?

McCary started out on YouTube with his sketch comedy group "Good Neighbor" together with his comedian friends Beck Bennet, Nick Rutherford, and his childhood friend Kyle Mooney.

The show was picked up by comedian Will Ferrell, who produced "The Good Neighbor Show" with Adam McKay.

"Good Neighbor" was also well-received by the likes of Steven Spielberg. Lorne Michaels got McCary and his group into "SNL" in 2013.

The 34-year-old filmmaker eventually grew from TV to film with "Brigsby Bear" (2017). It became his feature directorial debut at the Sundance Film Festival.

However, Dave is more of a behind-the-scenes type of guy than the type who loves to be under the spotlight. He is described by friends as a down-to-earth guy who only wanted to showcase his friends.

Dave is a funny creative who has a passion for creativity and adventure like Emma. He is said to be someone who is not interested in fame and does not crave attention. He is a pretty loyal guy who knew his best friend Kyle since sixth grade.

While the ring was blurry in the photo McCary shared, reports unearthed what and where to buy the ring.

It is said to be a handmade pearl ring by jeweler Catbird. It was bought in the City of Holiday Love, New York.

A single white pearl is set in the middle of diamonds that created a halo around it. The designer ring is said to be the Kataoka Winter Pearl.

Catbird is beloved among celebrities like Taylor Swift and even royalty like Meghan Markle, Duchess of Sussex.

The 31-year-old actress' engagement ring is said to be valued at $4,780 with an untreated precious Akoya pearl derived from Japan. It was said to be made by Tokyo jeweler Yoshinobu Kataoka.

The pearl ring featured diamonds all around and an 18-karat gold band. The diamonds were reportedly cut by hand and the finishing touches were all handmade, too.