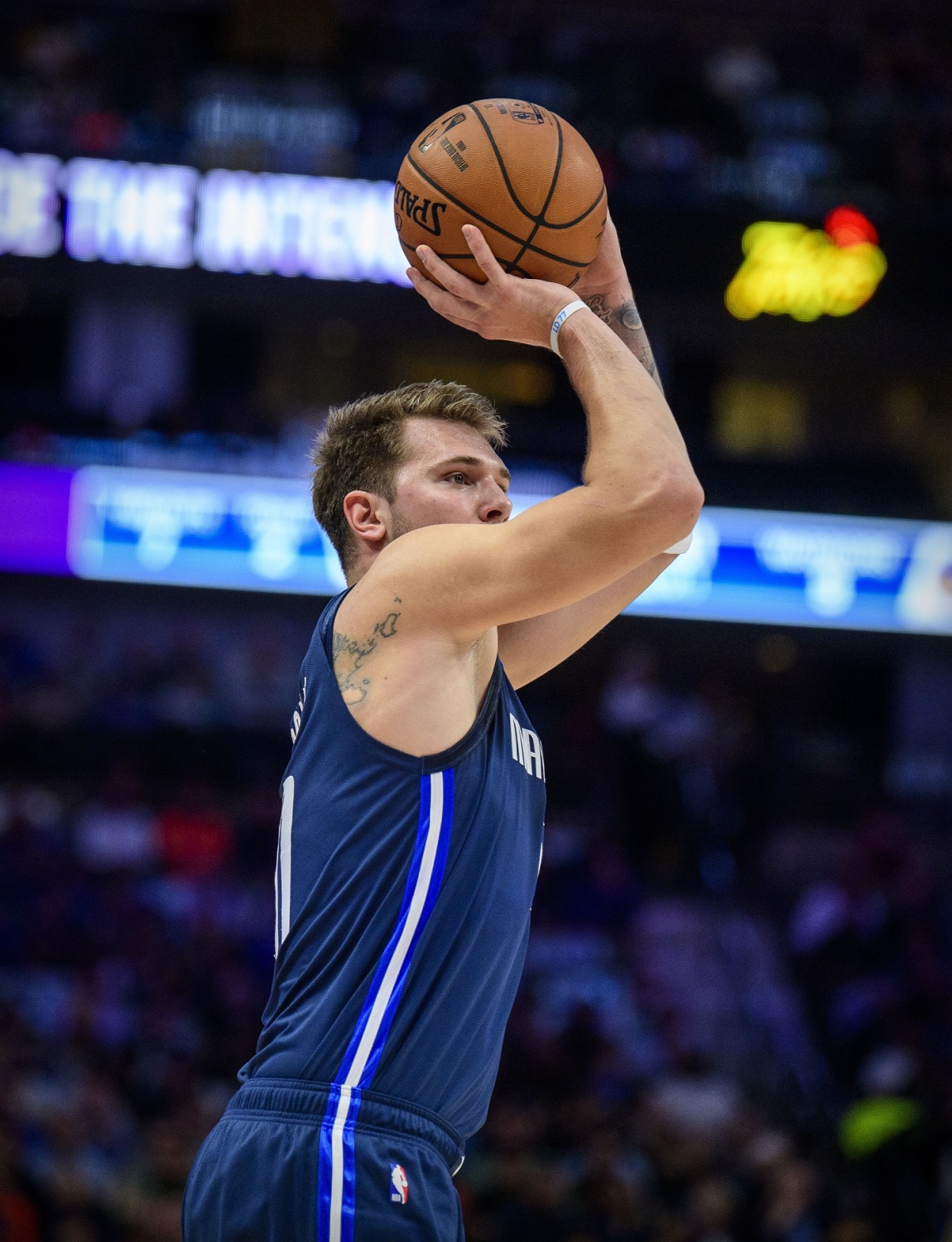 To say that Dallas Mavericks star Luka Doncic has a promising future is an understatement.

At 20 years old and standing at 6-foot 7, Doncic has already claimed the 2019 NBA Rookie of the Year award and is in contention to be the 2019-20 season's Most Valuable Player.

Who is he and how did he get to this career high?

"It makes no sense to talk about his potential. Today, he is one of NBA's best players -- one of the most dominant players today." 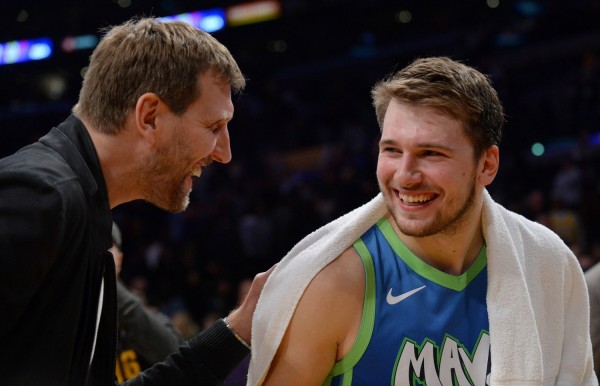 Who Can We Compare Him To?

Doncic is the first teenager throughout the NBA history with a record of 30-point triple-double and multiple triple-doubles.

Mavs owner Mark Cuban described Doncic as a "6-foot 7 version of Steve Nash, not quite the shooter Nash was yet he is only a teenager."

Canadian Hall of Famer and former Phoenix Suns point guard Steve Nash stood at 6-foot 3. Nash seemed to agree with Cuban's description, as he said Luka could be a Hall-of-Famer as well "if he stays healthy."

Nash also compared the international athlete to LeBron James, citing how "LeBron was gifted but not as polished as Luka is at 20."

After just quarter of games this 2019-20 campaign, Doncic is already placed second to LeBron in assists. He is also second to James Harden in points per game in the NBA.

Nash drew comparisons between the newcomer and Dirk Nowitzki, saying, "At 20, Dirk was physically catching up, Luka is already there physically. Since he was a kid, Luka had always been at a prime condition physically way ahead of his age."

What Are His Assets?

First off, Luka stands high above on the court giving him an edge over visibility. Technically drafted by Mavs, Luka positioned himself as the modern day NBA point-forward -- much like Magic Johnson of the past minus the athletcism but plus creativity and polished scoring.

Luka is best known as one of the most unselfish players and a great passer at that. His ability to be present, to shine, and yet not disrupt the team flow is what makes him special and unique.

The Mavs' #77 is also known as a very versatile player, and he knows that too.

For this, he says he looks up to LeBron who can play in different positions too. "But to be like LeBron, I have to work much harder," revealed the humble Luka. 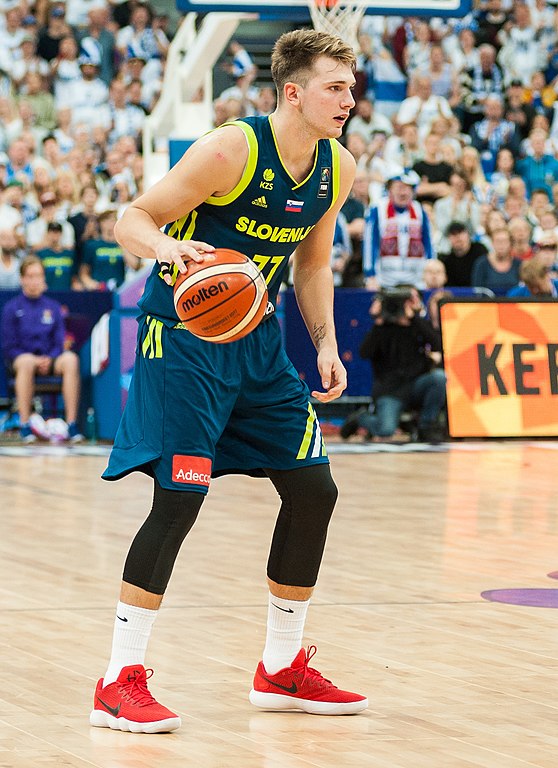 This Slovenian wonder boy first had his hands on a ball at seven months and played with a plastic hoop. He once dabbled in football as a kid but stopped when he grew too tall to play with the other kids.

Yet to this day, Luka will kick off his shoes and play "FIFA" when he plays video games at home. He is as much a gamer as any other teen playing "Overwatch" when he can. The multi-talented player is also said to have a nice voice!

Luka brings an air of confidence during games. He said he is a different person when he is on the court and that he is not awestruck by the fact that he is playing with NBA greats.

Son of two athletes, Luka always has athleticism in his genes. His mom Mirjam Poterbin was a former hurdler and his dad Sasa Doncic is a professional basketball coach.

An eight-year-old Luka was first tested at his hometown club Union Olimpija. A few minutes into try-outs, he was accelerated to the group two to three years his senior.

At 13, Luka was contracted by Real Madrid where he was developed in the reserve team. At 16, he is already averaging a double-double with the senior team.

At 16-year-old, Luka became the youngest player for Real Madrid and the third-youngest at the Liga ACB. During his time with Real Madrid, he was also named EuroLeague MVP. 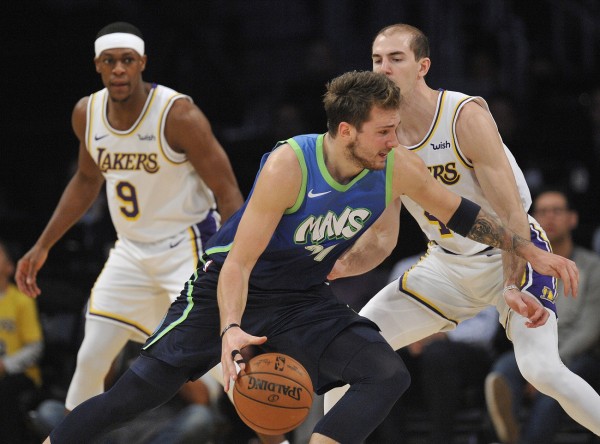 At 19 years old, Doncic was selected by the Atlanta Hawks in the first round of the NBA Draft with the third overall pick. He signed with agent Bill Duffy and BDA Sports, who have signed other international superstars Matthew Dellavedova and Yao Ming.

Doncic was traded to the Mavs on draft night in exchange for Trae Young andf and a future pick. The Phoenix Suns did not draft the teenager, choosing Bahamian big man DeAndre Ayton instead.

Doncic won over Young and Ayton as NBA Rookie of the Year.
READ MORE: Floyd Mayweather 2020: 3 Most Memorable Fights