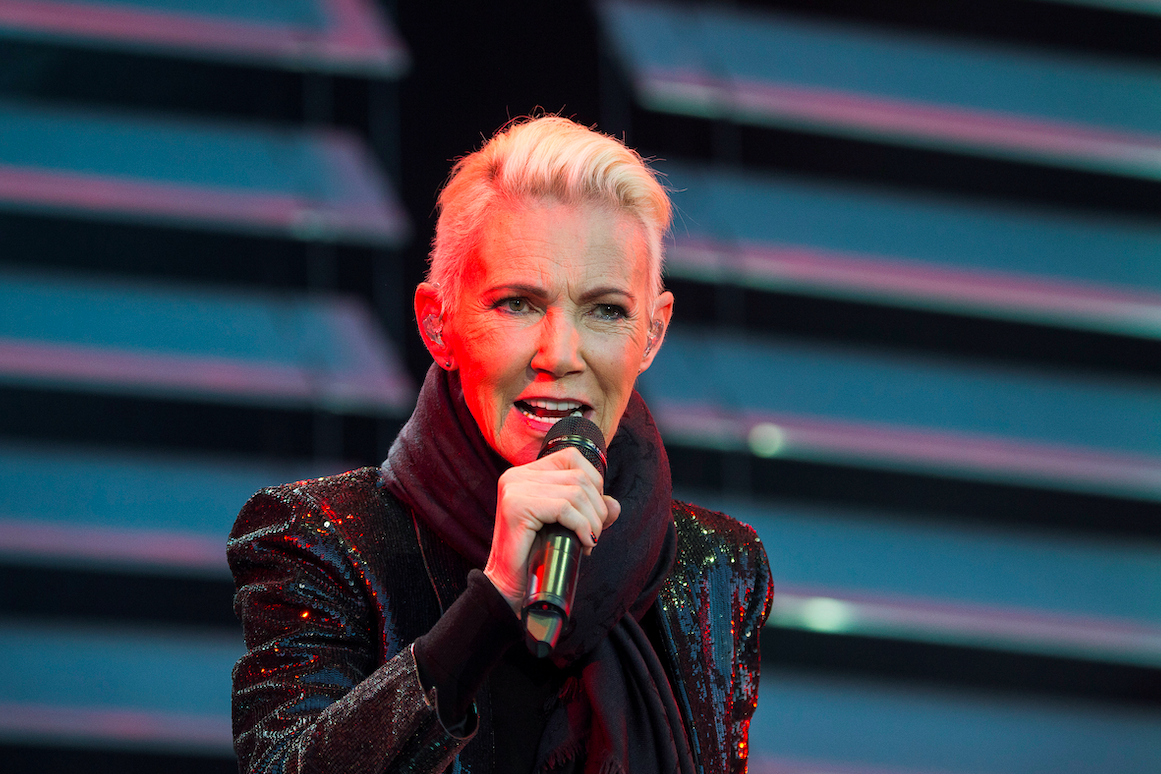 At the age of 61, Marie Fredriksson passed away on Monday, Dec. 9.

Marie was the lead singer, keyboardist, and co-founder of the pop-rock duo Roxette.

In the 1980s, their music became extremely popular. Their easy and recognizable hits include "Listen to Your Heart," "Joyride" and "It Must Have Been Love."

The next few years, Roxette re-recorded the "It Must Have Been Love" song for the soundtrack to the Oscar-nominated romantic-comedy "Pretty Woman."

Fredriksson had been struggling with cancer-related illnesses since 2002, according to BBC.

Her management, Dimberg Jernberg, announced her passing in a statement: "It is with great sadness we have to announce that Marie Fredriksson of Roxette has passed away following a 17-year-long battle with cancer."

Paying tribute on Twitter, the other half of Roxette Per Gessle wrote that time goes by so quickly.

Time goes by so quickly. It’s not that long ago we spent days+nights in my tiny apartment sharing impossible dreams. And what a dream we eventually got to share! I’m honoured to have met your talent+generosity. All my love goes to you+your family. Things will never be the same. pic.twitter.com/CTegAUGrXG — Per Gessle (@PartyPleaser) December 10, 2019

Boy George, on the other hand, cursed cancer. In a tweet, he said, "Marie Fredriksson from Roxette has died after a battle with cancer. RIP to her family, friends, and fans. I hate f****** cancer!"

Some very sad news from Sweden today. Marie Fredriksson, lead singer of the Swedish pop rock group Roxette, has just passed away yesterday morning at age 61 due to complications of her past illness (brain tumor). You may have remembered their song from the movie 'Pretty Woman'. pic.twitter.com/mG4vsAsUwv — Samir Madani (@Samir_Madani) December 10, 2019

The singer is a mother-of-two. She underwent aggressive cancer treatment after being diagnosed with a brain tumor in 2002.

Marie was left with a left blind eye, had limited hearing and mobility, and could not speak for some time afterward.

But over the years, Marie was able to make a gradual return to the world stage. In 2009, she started performing again.

Roxette was able to release three more albums after their 10-year break. They put out 10 studio albums from 1986 to 2016.

Dimberg Jernberg Management said that during their comeback years, Marie became a fantastic trooper who overcame the rigorous touring just to meet her fans and sing to them on stage.

Speaking to Swedish magazine Vi in 2015, Marie recollected that when things were at their toughest, even if nobody had faith in in her, "I believed in myself. Felt I had to."

Unfortunately, it was in 2016 when the show had to end when Fredriksson's doctors advised her to stop touring and just focus on her health.

"It's been an amazing 30 years! I feel nothing but joy and happiness when I look back on the Roxette world tours. All our shows and memories over the years will forever be a big part of my life," Marie said back then.

Fredriksson specified that she is particularly grateful for coming back in 2009 after her illness. She was happy to be able to take Roxette around the globe again for a couple more rounds.

Marie began her music career when she was only a teenager and had performed in bands before going solo. Later, becoming part of Roxette, she scored a lot of hits and sold over 75 million albums.

She also released music with a few punk and rock bands before kicking off her own highly successful but moderate solo career. Her eighth and final album, "Nu!" was released in 2013.