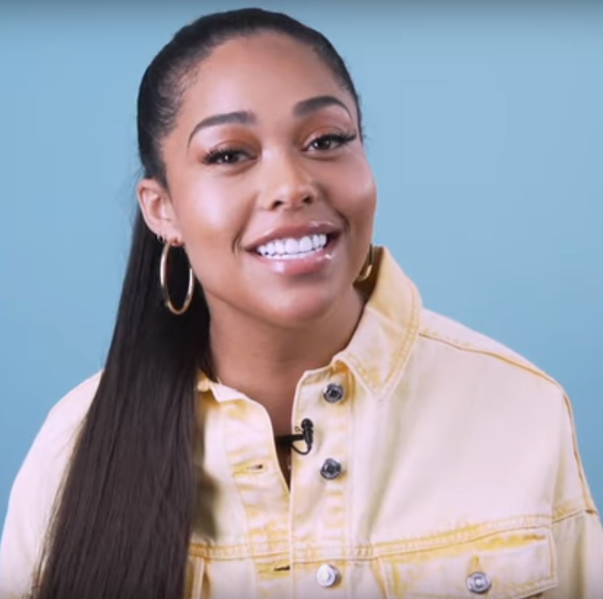 On Monday's episode of "Red Table Talk," in the segment "Ask Us Anything," Pinkett Smith revealed that Jordyn did take the lie detector test during her appearance at the show earlier this year. At that time, nobody but the production team knew of the video.

Smith shared the footage of the moment. It revealed the truth about the scandal.

Further, Smith shared that it was Jordyn's idea to take a lie detector test. The show invited a forensic polygraphist with more than 25 years of professional experience in both civil and criminal investigations.

The Scandal That Started Everything

The rumors about Tristan Thompson and Jordyn Woods having an affair came out late February of this year. It was a hot topic back then as Tristan was in a relationship with his baby mama that time, Khloe Kardashian.

On March 1, during a tell-all interview on the "Red Table Talk," Woods revealed that it was Thompson who kissed her first during the afterparty at his house on February 17. They have been drinking all night and she thought they were both intoxicated when it happened.

Woods adamantly denied the allegations that she had sex with him. She, however, revealed that the day after the "kiss" happened, she told her best friend Kylie Jenner that she was at Thompson's house the night before. Nonetheless, she did not reveal to Kylie what happened.

The scandal drove a wedge between the Kardashian-Jenner family and Woods. It also ended Jordyn's longtime friendship with Kylie.

The lie detector test did not air on the "Red Table Talks" in March, but Pinkett Smith decided to include a two-minute clip in her latest episode. The clip opens with Woods and Shon Thurman, the certified polygraphist, sitting down

When Thurman asked Woods what she wanted to come out of the test, she simply answered, "I just want everyone to know that I am telling the truth." She added that what was important for her was for her side of the story to come out.

Woods claimed that she was telling the truth and it was about time that the world knew about it.

Thurman asked Woods three questions. The first was if she was in the state of California. The second was whether she was currently seated. And the third was whether she had sexual relations with Thompson.

Woods responded yes to the first two questions. On the third question, she answered no.

Thurman congratulated Woods after concluding the test. He expressed that to his professional opinion, Woods was being truthful in her answers in the test.

View this post on Instagram
#PressPlay: #JordynWoods was asked about her encounter with #TristanThompson and here's what she had to say (: @redtabletalk) A post shared by The Shade Room (@theshaderoom) on Dec 10, 2019 at 9:45am PST

Pinkett Smith added that Woods has passed the test with flying colors. Further, she said that there is always something more out of in a story.

It is important to know all the sides before you take on one. Jada reminded people to be careful who to judge because no matter what you heard and what is out there, there will always be more versions of the truth to discover.

Khloe Kardashian, 35, and Thompson, 28, have reportedly gotten back together. Although they have not really been all out about the real score between them, sources said that they are "100% back together."

Khloe, apparently, did not want it to come out, as she does not know how to deal with the judgment she is going to get for getting back with a cheater like Thompson.