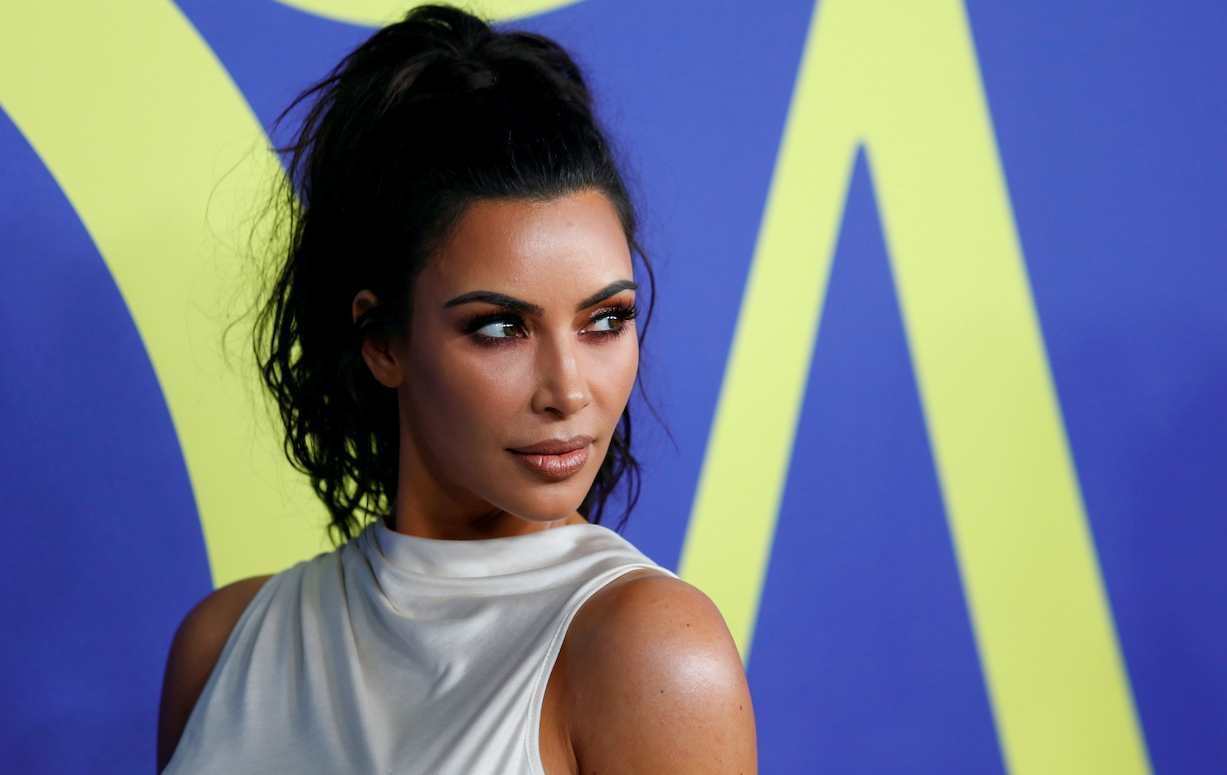 Kim Kardashian West is like an open book. Fans have already seen so much of her in the past decade from "Keeping Up With The Kardashians" and her social media accounts.

Put simply, Kim has no secrets... or so we thought.

Kim has spoken about her pregnancy complications in the past, but just recently, she went all out. Usually, pregnancy issues -- even for celebrities -- are not often talked about due to numerous reasons.

The reality TV star, however, broke that taboo.

In an Instagram video posted on Thursday, as part of her SKIMS 2019 holiday campaign, personal stories of women and the causes they believe in were featured.

In the video, Kim talked about how she suffered preeclampsia during her pregnancy with North and Saint, explaining that the condition -- a complication that can be fatal for both the mother and baby -- "is basically when the mom's organs start to shut down."

It often results in severe bleeding and later, lesions and scar tissues within the uterus, which can cause infertility unless removed.

The 39-year-old mother said that the only way to get rid of her organs shutting down was to deliver the baby. At 34 and a half weeks, she went into emergency labor before being induced.

The mother of four then went on to explain that after delivering her daughter, her placenta never came out but grew inside her uterus (which was obviously dangerous to her health).

"This is what women die from in childbirth," the KKW Beauty mogul emphasized. She continued to say that after North was born, she still froze her eggs and was able to get pregnant through that with Saint and then had two embryos left.

"I had the same condition, same awful delivery that I had with my first daughter," she added.

Due to more complications, Kim said she had to have five different operations within a year and a half to fix the damage inside her body.

Despite repeated dangers to her health though, the reality star was ready to carry her child a third time. Unfortunately, doctors would not let her go through the same complicated process again.

"I asked my doctors, 'Can I do it one more time?' and they were like, 'We won't even put an embryo in you - that would be malpractice,'" the 39-year-old mom said.

With that said, she opted to have two different surrogates to use the last two embryos she had frozen.

Although Kim had a hard time having her baby, she insisted all the struggles were "worth it."

"I'm so thankful for my beautiful kids, no matter how they came to me - they came to me," the Kardashian star said. She even thanked her surrogates for helping carry her babies.

Kim concluded, "I would have gone through the same pain and back for the result of having my babies. It was all worth it."