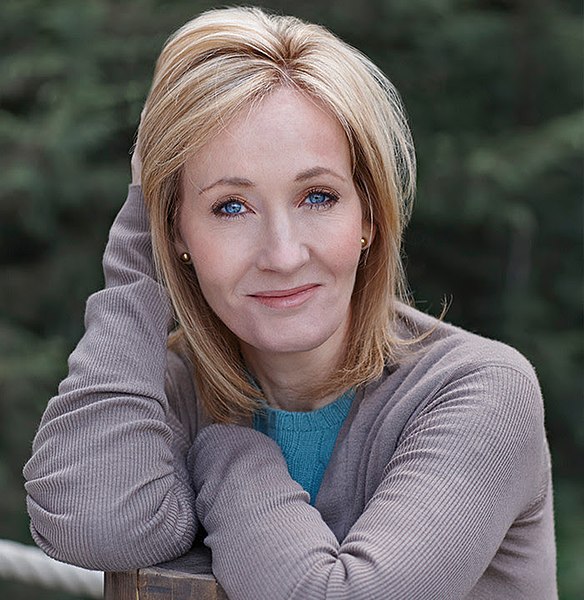 The brilliant mind behind the "Harry Potter" series is once again gaining attention. This time, it is not the kind that she would be happy about.

J.K. Rowling stirred up a whole new controversy when she tweeted and expressed her support for a woman who was fired from her job. The British woman was asked to leave her job because she made transphobic remarks.

The billionaire writer chimed in and expressed her opinion using the hashtag #IStandWithMaya. This movement is a campaign that expressed support to researcher Maya Forstater, who expressed her opinion on biological sexes. She wrote online that she believed there are only two genders that exist - male and female.

This opinion of hers lost her the job she had with a U.K. based  company thinktank. They said her opinion questioned the plan of the government to allow people in the U.K. to identify themselves with a gender that they were not born with.

To this, the outspoken writer tweeted her support for Maya.

Dress however you please.
Call yourself whatever you like.
Sleep with any consenting adult who'll have you.
Live your best life in peace and security.
But force women out of their jobs for stating that sex is real? #IStandWithMaya #ThisIsNotADrill— J.K. Rowling (@jk_rowling) December 19, 2019

Although the intention is to show support for a woman who lost her job, the tweet surely did contain hasty generalizations about the issues of sex and gender. Rowling emphasized in her tweet that a woman need not lose her job just because she had a different opinion with all those who think that sex is not real. The tweet included hashtags #IStandWithMaya and #ThisIsNotADrill

Forstater made the headlines last week for she took her grievances to an employment tribunal. However, the judge rules against her. It summed that her remarks were "offensive and exclusionary."

According to the ruling of Judge James Tayler, released by "The Independent," even though people have their freedom to express their thoughts and beliefs, it still does not protect them when their core belief is already violating the dignity of others. "When it creates a hostile, humiliating, and degrading environment for many, one's opinion becomes a violation."

Apparently, Rowling could not help but react to the judge's ruling. And although her tweet has garnered more than 66,000 likes on Twitter and about 13,000 retweets in just five hours since she published it, the writer got lambasted for her white feminism remark. Some prominent Twitter users believe that the "Harry Potter"  author mischaracterized the judge.

Alex Berg, a journalist of Buzzfeed, was one of the many who wrote a response. His tweet included his belief that transwomen are women and that trans people should be given the right to identify themselves however they need.

The Human Rights Campaign also took the issue seriously, particularly Rowling's comment on "sex is real." In a tweet, they wrote that "trans women are women. Trans men are men. Non-binary people are non-binary." At the end of the tweet, they tagged J.K. Rowling.

The Times has tried to speak with Rowling's spokesperson to hopefully get her response for all the negative publicity she has been getting. However, a spokesperson said that there will not be any comment from the renowned writer or her publicity team regarding the issue.

The issue of transpeople is real. Acceptance and not tolerance is the key to making this world truly holistic and encompassing.