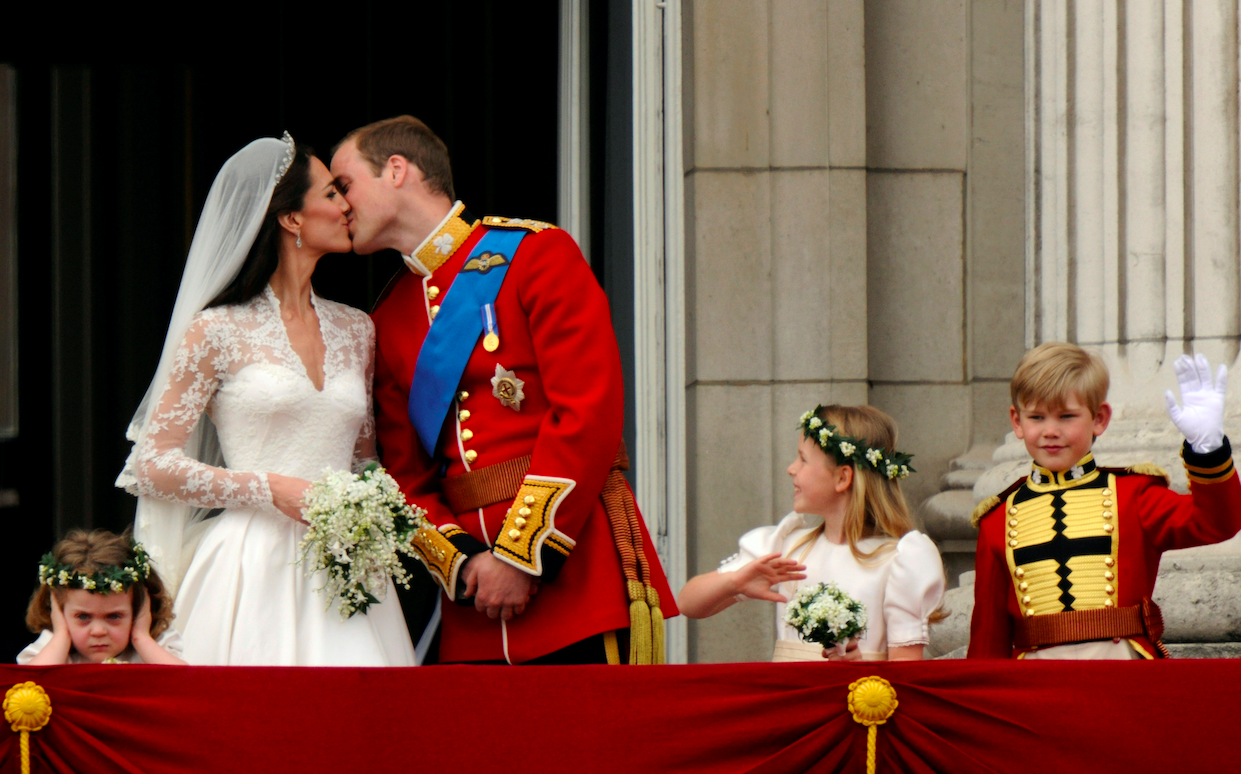 "A Christmas Prince" may have been a runaway holiday fairytale created for Netflix, but its origin is actually based in reality.

Everyone is sure that "A Christmas Royal: Royal Baby" was loosely based on Prince Harry and Meghan Markle, but the author -- who wrote the famous original film that follows Amber and Prince Richard -- revealed that she was inspired by royals like Prince William, Kate Middleton and Princess Diana.

Los Angeles-based Karen Schaler is an award-winning host of "Travel Therapy" and was invited by the U.K. tourism to visit the Wales Island, Anglesey, where the couple lived at the time. The author produced a travel segment about their town.

Schaler was inspired by visiting Wales as a reporter herself and found that most locals had so much respect and were highly protective of Prince William and Kate, as well as Prince Harry's life.

The couple lived in North Wales from 2010 to 2013 while the Duke of Cambridge served at RAF Valley as a helicopter pilot.

As a former investigative reporter, the comments struck a chord with Schaler, who reveals a personal distaste for being asked to look for negative stories. Instead, she produced positive stories, only to be met with disappointment.

Ultimately, that experience inspired "A Christmas Prince," which was loosely inspired by trying to get scoops.

According to Telegraph, Schaler said she wanted the story to have a sweet message that was fun and light for Christmas. The author also revealed that she wants to get a "little message in there" that "let's look at people for who they are, no matter what their bloodline is."

She said she meticulously studied other festive TV films and noted when the characters would meet and when each advertising break would come.

Schaler said she learned the necessity of specific plot points, including a near-miss kiss and an all-is-lost moment.

The writer even added that the film provides a "great sense" of escapism for people at Christmas.

"The Royal Wedding" debuted on November 30, 2018. The original characters are still based on the first film, but Karen Schaler did not write it because she was too busy writing new holiday stories to return to the project.

It follows the couple preparing for the royal wedding.

The third installment follows Queen Amber, a former New York Journalist and her husband, King Richard, preparing to welcome their firstborn.  It debuted on December 5, 2019.

While Karen Schaler also did not write this, US Entertainment Writer Kate Lindsay did. Lindsay revealed to Refinery29 that the third film is "practically a biopic" for Prince Harry and Meghan Markle of their past year.