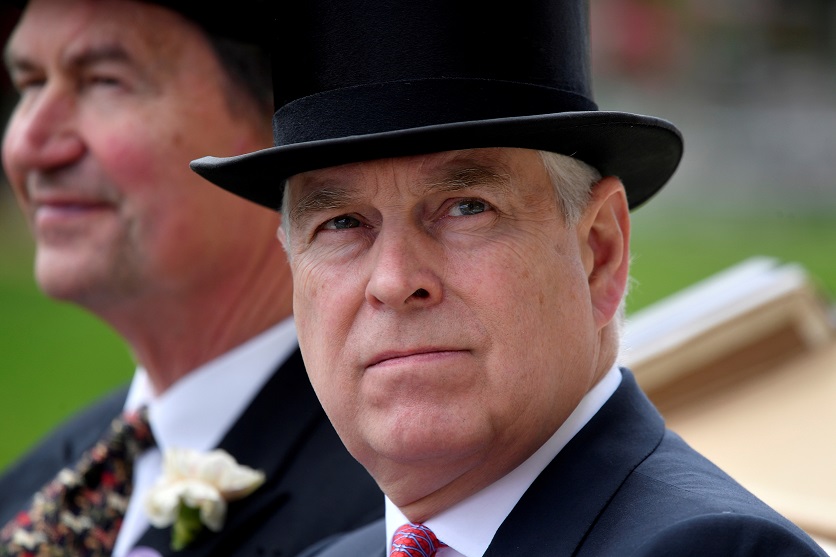 Virginia Roberts Guiffre vows to take down Prince Andrew this 2020. According to her, the Duke of York thinks that he is above the law, but she issued a warning to the royal prince as her case against is set to be heard again in court by the end of this month.

The accuser of Prince Andrew, who claimed to have been trafficked as a sex slave to the royal by billionaire pedophie Jeffrey Epstein, vowed to bring about change in 2020. She wanted this year to go down in history and not in a very good way.

The investigation on the life of the Epstein continues despite his death by suicide inside the prison in 2019.

Sources of Telegraph U.K. revealed that the court date for Virginia's case has been set to January 16, 2020. A judge in New York will be considering whether a new set of documents is to be opened. Explosive allegations concerning Epstein and his relationship with Prince Andrew are said to be all in that tranche of documents.

The hearing will also send notifications to third parties named in those documents. The source said that one of whom is the Duke of York.

No Longer A Royal

After the disaster interview he gave to BBC Newsnight, Prince Andrew decided to take a step back from his royal duties. Although the goal was to clarify his name and his connection to the sex convict Jeffrey Epstein, his lack of empathy for Epstein's victims was notable during the interview.

There was no sign of regret from ever being connected to the disgraced financier. This is what people was angry about.

When Prince Andrew decided to resign from his royal duties, his mother, the Queen agreed to it. According to the sources of PEOPLE, Queen Elizabeth consulted Prince Charles and Prince William regarding the decision. Sources said that they all agreed that it was the best decision for the family.

Although Prince Andrew has denied all allegations made by Virginia Roberts Guiffre, he might further damage his relationship with the rest of the royal family when the U.S. judge decides to unseal the documents to reveal new evidence on the accuser's claim.

Prince Andrew's absence in this year's Christmas walk was also notable. The Duke of York also did not attend the other holiday festivities hosted by the Queen for the royal family.

The documents that the accuser pushes for include depositions of 29 people, including a number of witnesses as well as that of Jeffrey Epstein himself. The hundreds of people who have been notified concerning the mention of their names in the documents will be given a chance to respond to the allegations.

The Duke's name has been mentioned in several of the documents. However, Buckingham Palace refused to comment on whether the court has notified them or not. The documents requested to be opened is part of the evidence Guiffre will use to fuel the defamation lawsuit she filed in 2015 against Ghislaine Maxwell, an heiress and former business partner of Jeffrey Epstein.

Virginia Roberts Guiffre has repeatedly claimed that she was trafficked by Epstein through the help of Maxwell. She also claimed that she had three sexual encounters with the Duke of York and that the first one was when she was only 17 years old.

The Duke of York categorically denied the allegations by saying that it simply did not happen. And although everyone is waiting for what might unfold in the months to come, the accuser promised to make 2020 a year to be remembered as she vows to make sure Prince Andrew will go down.