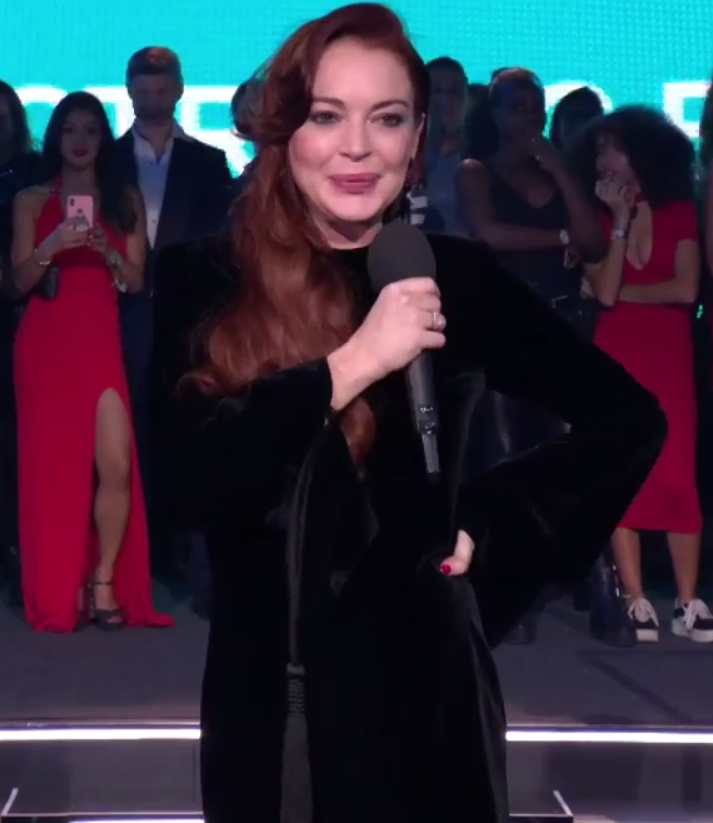 With the new year, there are also new resolutions. Lindsay Lohan has big plans to start the decade, and it includes coming back to America, the big screen and music.

LiLo has not done revolutionary things in the past years, except during the time she became a viral meme -- for her dance steps in Mykonos and leaving thirsty comments in Liam Hemsworth's Instagram photos.

In a New Year's Eve interview with Andy Cohen and Anderson Cooper, the 33-year-old actress said she expects to move back to the U.S. amd spend the year reviving her past works.

"I'm managing my sister, so I really want to focus on me and everything that I can do in my life, and come back to America and start filming again, which I'm doing something soon in this new year," Lohan said.

"And, you know, just taking back the life I've worked so hard for and sharing it with my family and you guys."

.@lindsaylohan tells @andersoncooper and @Andy that she wants to spend 2020 “taking back the life that I worked so hard for and sharing it with my family and you guys.” #CNNNYE pic.twitter.com/dX8i0iBUjJ — Anderson Cooper 360° (@AC360) January 1, 2020

"I went on Google before going on air to look for the latest Lindsay Lohan news. What was going on with you jumping into Liam Hemsworth's Instagram comments?: Cohen asked, to which she replied that her only connection with Hemsworth is that she works with the WOW Foundation in Australia (better known as Waves of Wellness, a surf therapy organization).

She also explained that part of her work for the organization includes bringing people's energy together, which is presumably why she commented a simple prayer emoji on a photo Hemsworth shared himself surfing.

"People took it the wrong way." After her interview, she posted an Instagram photo and captioned it, "The future is bright! Let us all give love, light, and peace," Lohan explained.

Lohan has lived in different countries in the past years, including the U.K., Oman and Dubai. She has three clubs in Greece and is in the process of designing an island called "Lindsay Land."

The "Parent Trap" actress is scheduled to star in "Among the Shadows," which hits theaters in March 2020. The film will mark her first role in a feature film since the 2013 "The Canyons," though she currently has plenty of experience on the small screen.

Lohan has a short-lived MTV reality show called "Lindsay Lohan's Beach Club," which premiered January 2019, which chronicles her life in Mykonos. She also judges on "The Masked Singer" in Australia.

If everything goes as planned, Lohan will also be returning to music. In August 2019, Lohan teased fans with a snippet of a new song in 11 years called "Xanax" in "The Kris Fade Show." The full recording has yet to be released.

In 2006, she mentioned that she looked up to Streep's career and would love to be in "Meryl's position."

"I want people to know me for the work that I'm doing. Not for this party girl image. Which is vile and disgusting and not fair. Because I work so hard," she added, "Maybe someone will look at my life one day and say, 'Why don't I do a cover with Lindsay Lohan?'"