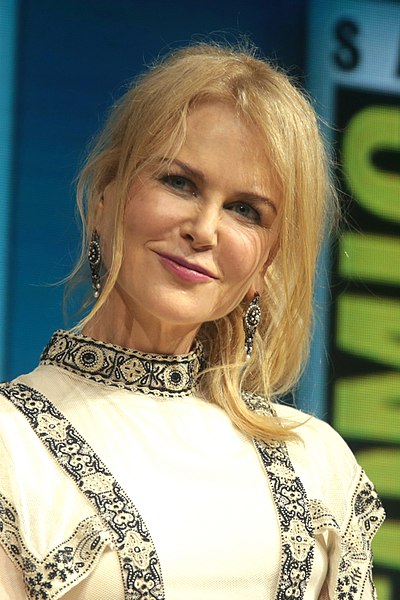 Nicole Kidman was seen crying during the Golden Globe Awards nighton Sunday. She left the show after 15 minutes.

The Golden Globe Awards night has not started yet, but tears have already been shed. However, it is not about the overwhelming emotion of receiving an award or a special citation. After all, there hasn't been any announcement of the winner yet when Nicole Kidman was seen in tears at the event.

The actress was stressed over the news of the wildfires that killed thousands of species in Australia where Nicole shares a home with her husband, Keith Urban. Sadly, her tears are truly understandable.

According to Us Weekly who first reported of the incident, Nicole claimed to have only known of the fire a few minutes before touching down for the event on Saturday

"She was crying as she walked in," the source added.

As she went about the interview, Kidman allegedly told a reporter how distracted she was at the moment. She also told the same reporter that it was because of what was happening in Australia.

The actress was worried about the status of the fire in Australia. Although her home is currently okay at the time being, a representative of hers reached out to Us Weekly and said Nicole's home is under threat and that they are keeping a close eye on it.

Despite the truly tragic news, Nicole appeared at the Golden Globe red carpet looking collected and calm. She was seen posing for photos and talking with Josh Dallas and Joey King.

"She looked very poised," the sources said. There was a whole crowd around her and nobody could tell what she is going through.

It was sad to see how bad the situation was that made the actress cry, but it was professional of her to still be there. She showed up to do what everyone expected her to. But when she left 15 minutes later, everyone knew that the situation was really bad.

Nicole, with her husband, Kieth, announced a day before that they will be donating $500,000 to help everyone who has been affected by the fire.

"Our family's thoughts, support, and prayers are with everyone whose lives have been affected by the fires in Australia," they wrote on their Instagram post. The couple is giving the money to the Rural Fire Services, the organization that is looking into the incident.

Nicole Kidman, like any other mother and wife, becomes emotionally vulnerable at times when it seems as if their home is put in some kind of risk or danger. And yet, even if she had a lot in her mind, she still came to the Golden Globe Award's night because that is part of her job.

As soon as she was able to, she made an exit to deal with the more pressing concern at that time.

The fires in Australia have already killed a lot and it continues to put a lot of lives in danger. Animal and plant species have been believed to be wiped out because of the fires. The present concern is its effect on the overall health of the people in the communities near the fires.

Kidman left the Golden Globe crying because of the wildfires in Australia. She is not the only one concerned about what was happening. And yet, at some point, she is one of those beautiful faces in Hollywood that reminds everyone of their realities. It is okay to be vulnerable at times. Everyone can do their share to help.