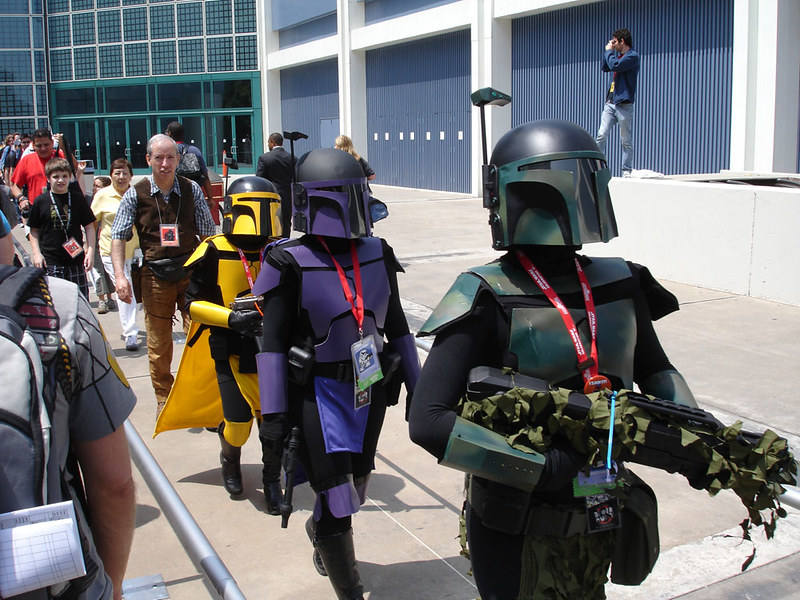 What's next for "Star Wars" fans after the ninth installment of the sequel trilogy? Fans are giving their two cents, pitching ideas to Lucasfilm for what they wish to see next.

Ideas like Revan's story, an R-rated Vader movie, and even a nature docu-series voiced over by David Attenborough have been pitched. It all started with the Twitter challenge posted by "Joseph Was A Spice Runner" who goes by @DoctorRagnarok on social media.

The Star Wars aficionado caught the attention of fans when he asked for pitches that are not remakes from the saga. He wanted original, creative ideas that could get the attention of Lucasfilm and Kathleen Kennedy.

Lucasfilm and Kathleen Kennedy call you to pitch a Star Wars movie for them. It could be a standalone movie, a trilogy, anything you want.

All for the Fun of It

The saga fan later updated his post to reveal that he is no way connected to Lucasfilm. He revealed how he had been getting full drafts in his DMs and wished for the public to stop sending them.

The fan added that he does not have the clout nor the money to boost these people's works. Rather, he strongly cautioned them to protect their ideas and publish them on websites online. He praised many for their brilliant ideas and told them to "get to work on them."

Not All Fans Are Happy with "Skywalker"

Part of the reason why "Star Wars" fans have decided to intervene was because of how "Rise of Skywalker" ended. Critics have claimed that the ninth installment may have attempted to undo some of the changes made on "The Last Jedi."

Filmmakers J.J. Abrams and Chris Terrio explained the challenges of trying to balance as much as 24 characters. Further, they had to somehow coincide plot points dating as far back as 42 years.

The "Rise of Skywalker" director and writer unveiled how they wanted to do a two-part final installment. However, George Lucas himself directed that the saga would only have nine movies.

Terrio added how it breaks him to leave important details out of the film. He said he was aware of plots that would give characters more to do and the story more depth. However, a 'Part 1" and 'Part 2' of "Rise of Skywalker" was out of the question from the very beginning.

The saga fans convened over on DoctorRagnarok's Twitter post, making it a sounding board of their creativity. It is expected that by now, some of these pitches would at least have made it to Lucasfilm.

With over 4,000 comments and hundreds retweets, suffice to say, filmmakers and writers are bound to get some ideas of this post.

Among the pitches up for the taking include a TV series on the handmaidens of Naboo. One combined the idea of "Star Wars" with "Top Gun," having a rogue squadron and the training pilots go through.

There was also the idea of making a musical on Rebo's story. One asked for a third installment of Kotor and another wanted more of Han Solo with Qi'ra becoming a tyrannical crime lord.

Why Not Just Give It a Break

However, other fans are not much in a rush to get the next "Star Wars" films out there. After all, there has been as much as five movies in the last four years, as one pointed out.