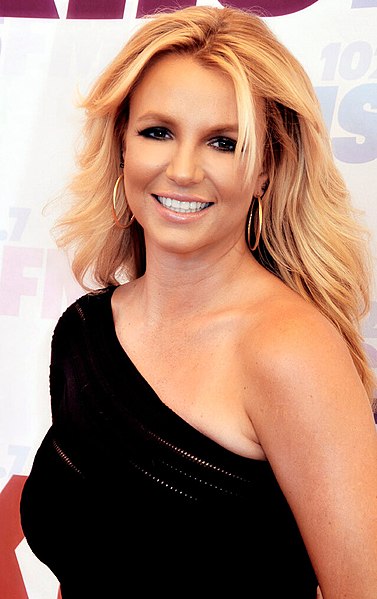 Britney Spears was a picture of good health when she released her first album. And although it may have seemed like she has forgotten to take care of herself after she gave birth to her kids, she is making a comeback this 2020.

This year, Britney Spears is aiming to be nothing less than fit and healthy. In fact, she is rocking it in a tiny bikini while doing the Yoga.

Last week, the 38-year old "Baby One More Time" took it to Instagram to show her yoga routine. What turned heads about her post, however, was the fact that she was wearing a skimpy little bikini to show off the progress of her health and fitness journey.

Perhaps, it is also to encourage everyone else to do the same?

Spears said that the yoga exercises she has been doing is aimed at improving her basic skills in order to engage in a more acro yoga in 2020. The singer-artist also shared some of the stretches that she makes in order to open up her chest and back. The best of it all is that she does it while wearing a purple bathing suit and a pair of sneakers.

"I have a lot of bottled up emotions in me, so I need to keep my body moving," Britney wrote in her caption. She also opened up about how the wonders of mother nature has helped her ground herself.

The "Oops I Did It Again" singer also said that being one with nature while she's doing Yoga reminds her to always keep an open mind whenever she steps out of the house.

In the videos she posted, the proud mother of two showed everyone how beautiful the weather was to do yoga outdoors. She can then be seen playing with her dogs before walking towards her Yoga mat. Before the video ended, the "Sometimes" singer poked fun in her own outfit.

Britney made fun of how her ensemble was the new "cool" thing in 2020.

View this post on Instagram
In 2020 I will be doing a lot more acro yoga and the basics for yoga .... I'm a beginner and it's kind of hard to let go .... learning to trust and letting someone else hold your body !!! I have a lot of things I keep bottled up so I have to keep my body moving !!!! Thank God for Mother Nature .... she's really no joke .... she grounds me and helps me find my feet and always opens my mind when I step outside .... !!!! I was lucky today with this beautiful weather ️ I just flew in from a trip with my family and I ran a 6.8 speed outside my house for a 100 meter yard dash ... I did 6 in high school so I'm trying to gain speed !!!! I hurt my thigh so I apologize if my legs look swollen . I hope you all have a wonderful new year and GOD SPEED !!!!! PS I'm so cool with my tennis shoes and yoga ‍️ it's the new thing you know !!!!A post shared by Britney Spears (@britneyspears) on Jan 2, 2020 at 3:09pm PST

The healthier Britney Spears looked stronger and healthier. The comments section of the video was completely flooded with positive comments from her fans and supporters. People immediately posted and some even called her the "queen."

One Instagram user was quick to comment that the sneakers and bikini while doing yoga is the new "mood" for 2020.

Indeed, the remarks on Britney's new video only show the positive message that she wants to send the world. Spears simply wants to influence everyone to do the same: to try to be healthy in their own way as it is always "cool" to be the healthier version of yourself.

There were also those who were quick to say that what Britney Spears was doing in the video did not look like it was Yoga at all. Others said that they are not professional Yoga instructors, but it seems as if what the singer was doing was simply pseudo yoga and nothing more.

Regardless of what others say, Britney Spears wants to send out a positive body image to everyone. It is not about being fit and sexy so that others would appreciate it. Rather, it is about staying fit and fabulous for yourself because you deserve it more than anyone else.

Whatever others think of the bikini and sneakers combination of Britney, it does not matter. The focus is not on what she was wearing, but on the message she os trying to convey.

Let 2020 be the year for the positive change that everyone is planning to make. Make the positivity start from the self.