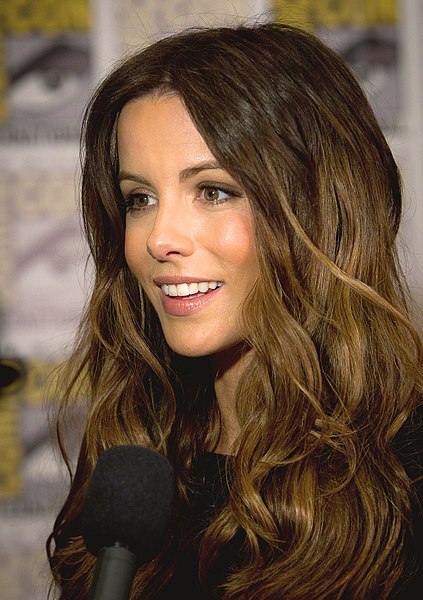 Kate Beckinsale was spotted out on a date with Machine Gun Kelly, who is a good friend of his ex-boyfriend Pete Davidson.

After the 2020 Golden Globes awards night on Sunday, both Kate Beckinsale and the 29-year-old rapper stepped out to attend the Warner Bros. and "Instyle" after-party. Although they arrived separately in the event, they were seen hanging out together at the party.

Beckinsale looked stunning as ever in her Romona Keveza gown with elaborate bell sleeves and a fluted skirt. Kelly, on the other hand, looked dashing in his white shirt and a black suit sans a tie. The two did not pose on the red carpet or the after-party together. However, Page Six has published a photo of them leaving the Chateau Marmont soiree together in the same car.

The sighting of Kelly and Beckinsale in the after-party was worth noting, particularly because, at the same time last year, Beckinsale and Davidson were also spotted at an after-party being super flirty with each other. During Netflix's Golden Globe after-party, the two were seen hanging out together.

According to the source of ET, the relationship between comedian Pete Davidson and actress Kate Beckinsale went cold in April of 2019. At that time, the source said that the two are no longer romantically linked to each other, but they have opted to remain good friends.

When their PDA-filled relationship came out, Kelly -- who was a good friend of Pete Davidson -- was there. He was an eyewitness to how the relationship between the two came about.

However, who would have thought that after a year, he would be in the same place as Davidson?

Pete Davidson has recently made the headlines because of what he said during an episode of "Saturday Night Live." The late-night sketch show cast member announced that he might be going to rehab. It was during the episode when Eddie Murphy came back and Lizzo performed.

Davidson tried to make the announcement light and humorous while seated next to Colin Jost, who immediately showed his report to the comedian to what can be considered a rough time.

Did Kelly Regret Going Out With Kate?

At around 3:55 a.m. on Monday, Kelly took it to Instagram his dilemma at that time. He revealed that he could not get himself into his house and was literally locked out of his own place.

A few hours later, he tweeted a rather meaty post. "I should've never went out tonight," the singer-rapper wrote.

Is there something about Kate Beckinsale and Machine Gun Kelly? Only the two of them really know. Maybe they are just two friends hanging around and having a good time at the Golden Globe after-parties.

Beckinsale is not romantically linked to anyone after she dated Davidson. The comedian, on the other hand, was spotted on several occasions getting cozy with 18-year old model and girlfriend Kaia Gerber.

Although Beckinsale and Machine Gun Kell have yet to confirm if it was really a date or if there is something going on, pictures of them together looked like they were having a good time.